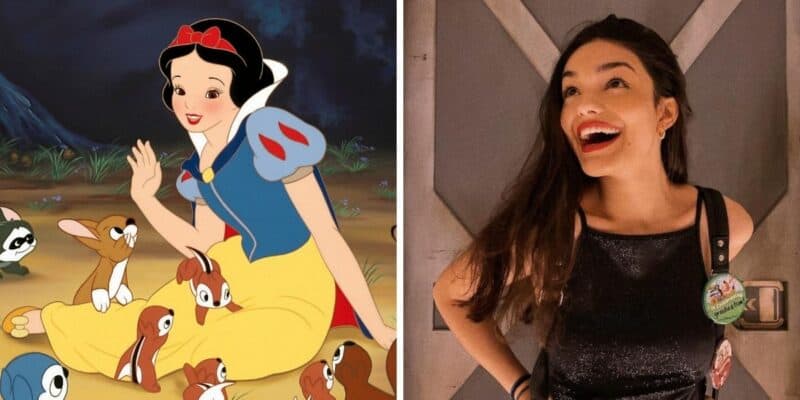 Disney’s live-action Snow White and the Seven Dwarves has been in the news a lot lately as it is receiving some backlash on the dwarves— specifically from Peter Dinklage, who is best known for his role as Tyrion Lannister in HBO’s hit series Game of Thrones.

Though this recent backlash has been taking the internet by storm, the film is also being criticized for casting a Latina Snow White. Now, the live-action Snow White herself, Rachel Zegler, is speaking out on the controversy.

Snow White and the Seven Dwarves, which is known by staffers as “Walt’s Folly” during its production, was not expected to be successful, but it proved everyone wrong as the first-ever full-length animated feature film is now known as a cinematic classic, even being nominated for Best Musical Score at the Academy Awards in 1938. The following year, producer Walt Disney was awarded an honorary Oscar for the film as well.

Nearly 85 years later, the Walt Disney Company previously announced it will be working on a live-action adaptation of the classic Walt Disney Animation Studios film.

Though, it has already faced some fan backlash regarding the changes currently being made to this new version of Snow White, celebrities have also voiced their opinions on the subject of the dwarves themself, including Game of Thrones star Peter Dinklage, who recently said, in part:

” […] what the f*** are you doing, man? Have I done nothing to advance the cause from my soap box? I guess I’m not loud enough. I don’t know which studio that is but they were so proud of it. All love and respect to the actress and all the people who thought they were doing the right thing. But I’m just like, what are you doing?”

This comment has sparked quite the controversy — so much so that after Disney responded to Dinklage’s backlash, another report suggested that the company may not use dwarves at all in the film, and instead, will use “magical creatures.”

But the dwarves are not the only thing receiving criticism. Disney is also getting backlash for casting a Latina Snow White. And now, Snow White herself, Rachel Zegler, is speaking out regarding the controversy.

The West Side Story star got candid with actor Andrew Garfield for Variety’s Actors on Actors roundtable. The actress discussed her casting as a Latina Snow White in the upcoming Disney live-action film and the immense backlash she received.

To those who are criticizing her race, Zegler said “We need to love them in the right direction. Never in a million years did I imagine that this would be a possibility for me. You don’t normally see Snow Whites that are of Latin descent. Even though Snow White is really a big deal in Spanish-speaking countries.”

The Snow White actress even brought up the 2012 Spanish film BlancaNieves, which is actually based on the 1812 Brothers Grimm fairy tale “Snow White.”

“BlancaNieves is a huge icon whether you’re talking about the Disney cartoon or just different iterations and the Grimm fairy tale and all the stories that come with it,” Zegler said. “But you don’t particularly see people who look like me or are me playing roles like that.”.

“At the end of the day, I have a job to do that I’m really excited to do. I get to be a Latina princess.”

Are you happy that Rachel Zegler is playing Snow White in the new live-action? Let us know in the comments below.