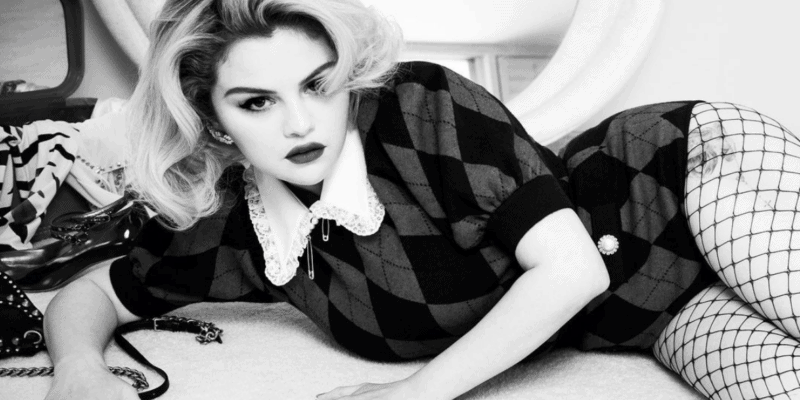 Selena Gomez began her acting career on the children’s television series Barney & Friends, but she really rose to fame in her teenage years when she took on the lead role as Alex Russo in the Disney Channel series Wizards of Waverly Place. Since then, she has gotten into the music industry, releasing various albums and songs, including hits like “Love You Like a Love Song,” “Wolves,” and “The Heart Wants What It Wants.”

The singer, actress, and producer is currently starring in Hulu’s Only Murders in the Building, alongside Steve Martin and martin Short. The series is streaming now.

But it wasn’t always glitz and glamour for the Disney Channel actress. In fact, Gomez recently opened up about the pressure of being a Hollywood star and how low confidence has affected her every day life.

“Self-confidence is still something I work on daily, but when I stopped trying to conform to society’s unrealistic standards of beauty, my perspective entirely shifted,” she continued.

With the help of therapy, Gomez has been able to work on self confidence and self love, helping her realize that her “differences” is what makes her beautiful and unique. “From the time I can remember, I’ve always felt like I had to be perfect or look a certain way,” Gomez told Glamour UK. “It took me a long time to realize that I only wanted to be myself – that what made me unique was also what made me beautiful.”

The Only Murders in the Building actress continues going to therapy, which helps her find ways to keep reminding herself that she is enough. “I’m a big advocate for therapy,” Gomez said. “I also love to keep sticky notes around my house with positive affirmations. I have a lot of various ones, but ‘I am enough’ is a favorite of mine – I call them ‘Rare Reminders’.”

She also said that taking a scrolling break from social media helps her a lot.

Selena Gomez is currently starring in Hulu’s Only Murders in the Building, alongside Steve Martin and martin Short. The series is streaming now.

Are you a fan of Selena Gomez? Let us know in the comments below.