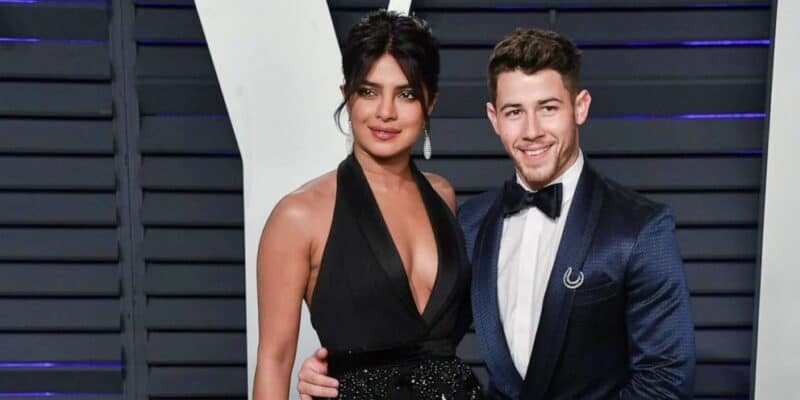 Newly minted makeup mogul Chopra also has a huge fanbase in her own right, and has spoken out about the challenges of being married — and in a different country from her husband! — during the height of the COVID-19 pandemic shutdown. She called the experience “very, very hard,” but noted that the couple did their best to stay connected even in trying times.

Now, though, the duo are back in the same house with their new child, welcomed via surrogate in January 2022.

Although Chopra indicated she and Jonas wish to remain out of the limelight as they acclimate to life as parents, the Cowboy Ninja Viking actress is back in the news thanks to a situation with talk show host, Rosie O’Donnell.

“Hi everybody, It’s me, Rosie O’Donnell, and I just embarrassed my son, and his girlfriend Theresa, and Fran Drescher, because seated next to us at Malibu — at Nobu — was Nick Jonas and his wife, someone Chopra, which I always assumed was Deepak Chopra’s daughter.”

Related: ‘Hannah Montana’ Star Had “Best Day of Her Life” at Disneyland

O’Donnell went on to note that she told Chopra “I know your dad” and the actress quickly set the record straight, informing the former Rosie O’Donnell Show star that Chopra “is a common name.”

The next day, O’Donnell once again took to TikTok to clarify that Chopra “wasn’t rude” during the celebrity duo’s interaction, and to publicly apologize for her blunder, calling it “inappropriate”:

“It was just awkward. I’m sure she gets sick of that. I’m sure I’m not the only one [who gets confused]…“I just want to apologize to her and to everyone who thought it was really inappropriate of me. Sorry.”

Chopra Jonas’ actual father is Dr. Ashok Chopra, who died in 2013 after a battle with cancer. The pair had a close relationship and the Isn’t It Romantic star revealed in her 2021 memoir, Unfinished, that she “fell into a depression” nearly three years after his death. “I was fortunate to be able to continue working, which was my salvation.”

Currently — in addition to being a new mother — the actress is busy with multiple projects, including the highly-anticipated Amazon Prime Video series, Citadel.

What do you think about O’Donnell’s error?