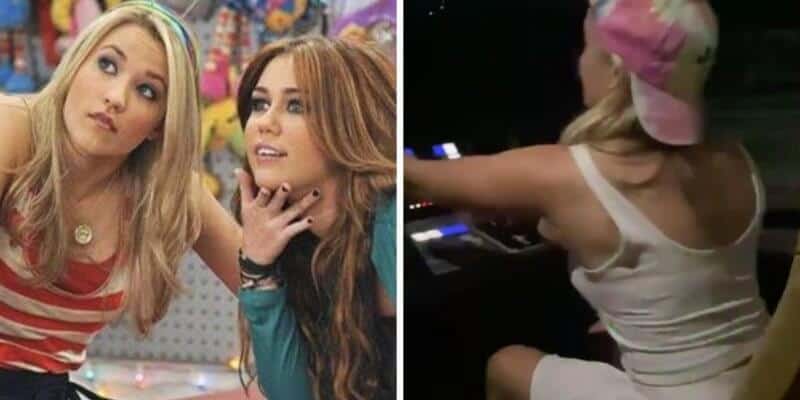 Emily Osment, best known for her role as Lilly on Disney Channel’s hit series, Hannah Montana, recently visited Disneyland and told her fans, it was the “best day of her life”!

Emily Osment has been part of the Disney community for years as she starred in Disney Channel’s Hannah Montana, alongside Miley Cyrus as Miley Stewart/Hannah Montana, Mitchel Musso as Oliver Oaken, Billy Ray Cyrus as Robby Stewart, Moises Arias as Rico Suave, and Jason Earles as Jackson Stewart.

Well, it looks like the actress still loves Disney as she took to Instagram to share a series of photos and videos as she played in Disneyland park, bringing out her inner child. Osment wrote:

Within the photos and videos in the post, you can see the actress flying the Millennium Falcon, taking on the resistance at Rise of the Resistance, and even checking out the exclusive Club 33!

It’s safe to say that Osment truly did have the best day of her life as she experienced so much at Disneyland. It’s great to see former Disney Channel stars continue to channel their inner child, even all these years later.

Disney Fandom describes this series as:

The series focuses on a girl who lives a double life as an average teenage school girl named Miley Stewart (played by Miley Cyrus) by day and a famous pop singer named Hannah Montana by night, concealing her real identity from the public, other than her close friends and family.

Were you a fan of Hannah Montana? Was Lilly your favorite character? Let us know in the comments below.