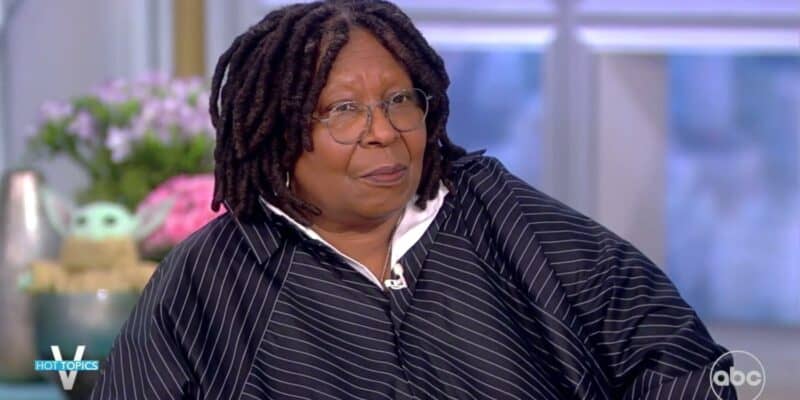 Whoopi Goldberg, host of ABC‘s The View, has been suspended for two weeks after her comments regarding the Holocaust was “not about race” received criticism from many.

On Monday’s show of ABC‘s The View, the co-hosts discussed the news surrounding a Tennessee school board’s ban of “Maus,” which is a nonfiction graphic novel about cartoonist Art Spiegelman’s father’s experience surviving the Holocaust.

“Let’s be truthful about it because [the] Holocaust isn’t about race,” Whoopi Goldberg said on the episode. “It’s not about race. It’s about man’s inhumanity to man.”

“The Holocaust was about the Nazi’s systemic annihilation of the Jewish people — who they deemed to be an inferior race. “They dehumanized them and used their racist propaganda to justify slaughtering 6 million Jews. Holocaust distortion is dangerous.”

After the backlash, Goldberg released an apology on social media later on Monday. She also went on-air during The View to apologize on Tuesday:

“So yesterday on our show, I misspoke. I said that the Holocaust wasn’t about race and it was instead about man’s inhumanity to man. But it is indeed about race, because Hitler and the Nazis considered the Jews to be an inferior race. Now, words matter and mine are no exception. I regret my comments as I said and I stand corrected. I also stand with the Jewish people, as they know, and as you all know because I’ve always done that.”

Greenblatt appeared as a guest on Tuesday’s episode of The View as well.

After everything that has transpired, despite Goldberg‘s apology, President of ABC News Kim Godwin decided it is best for the View host to step away for a short period of time to “reflect and learn about the impact of her comments.” Godwin shared the news in a statement to Twitter, which reads:

“Effective immediately, I am suspending Whoopi Goldberg for two weeks for her wrong and hurtful comments. While Whoopi has apologized, I’ve asked her to take time to reflect and learn about the impact of her comments. The entire ABC News organization stands in solidarity with our Jewish colleagues, friends, family and communities.”

What do you think of ABC’s decision to suspend Whoopi Goldberg from The View? Let us know in the comments below.