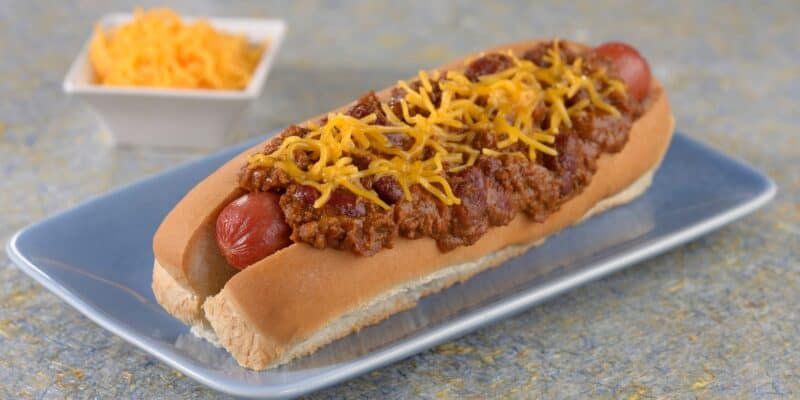 When visiting any of the Disney Parks and Resorts, one thing you may notice is how many options for food and snacks you have. From steak to churros and ice cream to popcorn, Guests have so many options to choose from both quick-service and table-service restaurants.

We recently found out Casey’s Corner, the iconic baseball-themed quick-service eatery will be introducing a new menu, with one option being introduced to accommodate vegans.

Named after the hero of Disney’s Casey at the Bat, this restaurant will hit your hunger out of the Park with its hearty hotdogs, fries and refreshing soft drinks—all to a backdrop of famous baseball memorabilia and live ragtime music.

Walt Disney World recently finished its mission to provide plant-based options at every restaurant in the park, making it more accommodating for people with special diets.

Guests can see a whole cast of characters and movie franchises represented in the photo like Spider-Man, Ant-Man, Iron Man, Captain Marvel, Black Panther, Thor, and Doctor Strange and I’m sure there will be lots more when Avengers Campus officially opens.

Would you try a plant-based hot dog from Disney? Let us know in the comments below.