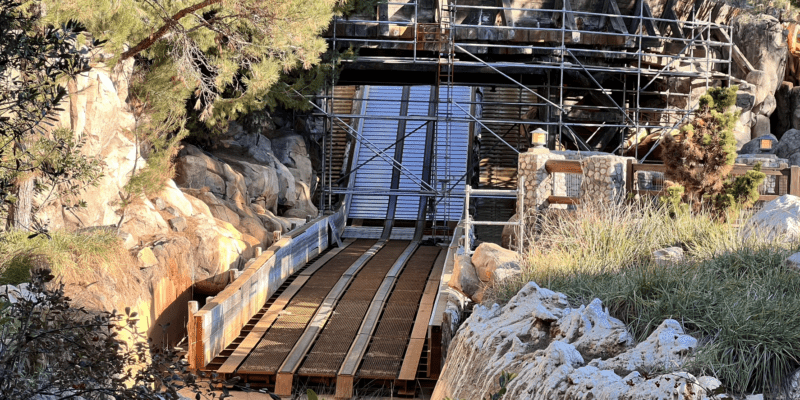 Oftentimes at the Disney Parks, we see attractions close down. Sometimes, these closures are very short-lived as Disney’s maintenance team just needs to make a couple of quick adjustments to ensure the ride can operate safely and as intended. These temporary closures may be a slight annoyance in a Guest’s plans for the day if the ride they want to get on next is currently closed, but the positive thing is that the attraction will almost always reopen. There are also instances in which a ride is completely closed for refurbishment.

At the moment, there are Disney attractions being refurbished at Parks all over the globe. Disneyland Paris has many attractions being redone or adjusted for the 30th anniversary, Walt Disney World almost always has at least one ride down, like the Walt Disney World Railroad, or, starting Monday, Big Thunder Mountain Railroad, and at Disneyland Paris, we see this too! Shortly we will see Toontown shut down for a year-long refurbishment, but at the moment we have seen Splash Mountain remain closed, as well as Grizzly River Run at Disney California Adventure, among others.

On a recent trip out to DCA we took a look at the current status of Grizzly River Run, which shut down in January for refurbishment. At the moment, we know the ride will be down through to “spring”; however, the Disneyland website will not display hours for the attraction past the end of March, so we know that it will definitely be closed for at least another month and a half, at the earliest.

We can see that all of the rafts for the attraction are currently stored away as the ride is covered in scaffolding and drained completely, it seems that a lot of the woodwork which looks discolored is being updated.

Water attractions tend to close down around this time for an annual refurbishment, so it is not shocking to see the ride not running at the moment, as the weather does dip to cooler temperatures in the evening as of late.

Although the attraction’s refurbishment is lengthy, we will likely not see any massive changes come to Grizzly River Run.

Ride the Wild Waters
Strap into a circular 8-person raft and drift along a lazy river, passing the rusty remnants of an old mining company. Rumble up to the top of the mountain and brace yourself for an exhilarating descent down Grizzly River on a wild river ride.

The Legend of Grizzly Peak
The majestic grizzly bear is the symbol of California—land of towering peaks, giant trees and thundering waterfalls.

Prepare to Get Soaked!
You will get wet on this attraction. Guests are encouraged to bring a waterproof poncho, an extra pair of clothes or a towel to dry off after the ride.

Lockers Available
Lockers are located next to the 20-foot tall grizzly bear statue that marks the entrance to Grizzly River Run. Please stow phones, cameras and any other items that might be damaged by water. Lockers are available at no charge for the first 2 hours.

Are you a fan of Grizzly River Run? What other changes would you make to the attraction?