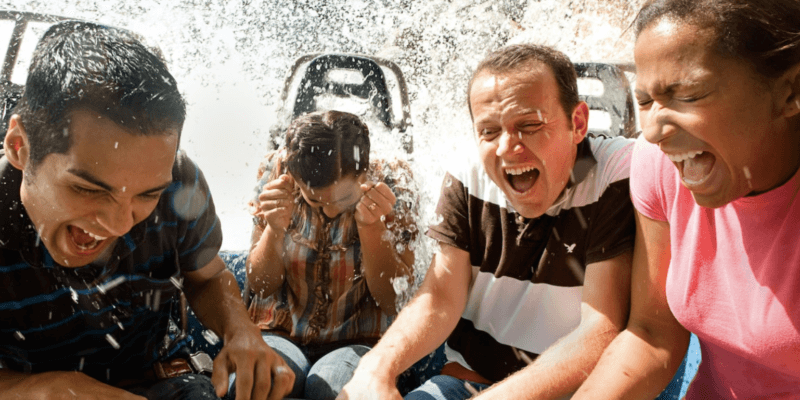 As we get closer to April 30, many Disney fans are anxiously awaiting the reopening of Disneyland Resort after over a full year of the California Disney Parks remaining closed.

The first part of Disneyland Resort to open was the Downtown Disney District, which eventually extended operations into Buena Vista Street in Disney California Adventure. Then, all of DCA opened to ticked Guests for the A Touch of Disney event, which allowed Guests to eat and drink around the theme park once again with characters greeting them from afar, however, no attractions were running.

Now, as both Disneyland and Disney California Adventure reopen, attractions will open as well! That being said, not all attractions are slated to reopen on April 30 when Disneyland and Disney California Adventure reopen. The Guest-favorite attraction Grizzly River Run was noted as an attraction that would remain closed on opening day. The ride had been completely drained since it closed for refurbishment in early 2020, and it was still drained on the opening day of A Touch of Disney.

Now, Grizzly River Run does appear to have an official debut day! On the Disneyland Resort website, we can see that on Friday, May 7, Grizzly River Run now has operating hours of 9:00 a.m. – 7:00 p.m., which means it will be back open just about a week after Disney California Adventure Park reopens.

Ride the Wild Waters
Strap into a circular 8-person raft and drift along a lazy river, passing the rusty remnants of an old mining company. Rumble up to the top of the mountain and brace yourself for an exhilarating descent down Grizzly River on a wild river ride.

The Legend of Grizzly Peak
The majestic grizzly bear is the symbol of California—land of towering peaks, giant trees and thundering waterfalls.

Prepare to Get Soaked!
You will get wet on this attraction. Guests are encouraged to bring a waterproof poncho, an extra pair of clothes or a towel to dry off after the ride.

What ride are you most excited to get on when Disneyland Resort reopens?

Want to plan a trip to Disneyland? We can help, click here for more information.