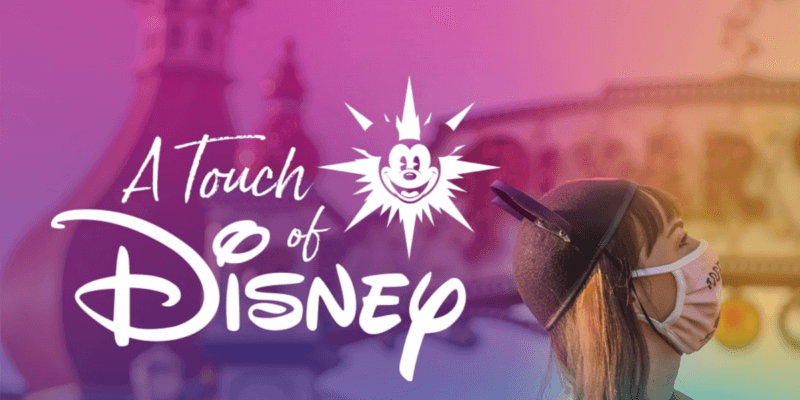 Disneyland has announced an opening date for its theme parks. This enormously exciting announcement also brought with it the first defined end date to the upcoming A Touch of Disney event at Disney California Adventure.

Before Disneyland reopens, fans who were lucky enough to get a ticket will have the chance to enjoy this special extremely limited-time event at a crucial time in Disneyland’s history.

Previously, Disney had stated that the event would be held “on a rolling basis”, and based on demand. We assume that because the company did not yet know when the theme parks could fully reopen at the time that the event was announced, they intended to continue to run the event until they had a certain opening date for the theme parks.

Not long after Disney announced that A Touch of Disney would be held at Disney California Adventure, new guidelines were set by the state of California that enabled large theme parks such as Disney and Universal to reopen as soon as April. Tickets for A Touch of Disney had already been sold well into April, and subsequently sold out through April 19, leaving many wondering if more tickets would be released for dates following.

Disney is reopening both Disneyland and Disney California Adventure on April 30 and has officially announced that A Touch of Disney will end on April 19. That means if you did not already get a ticket to the event, you will need to wait until the park reopens to visit California Adventure — only at that point, attractions will be open, too!

This makes the A Touch of Disney event a very exclusive event at an interesting point in Disneyland’s history. Disneyland has never previously been closed for this length of time — in fact the park has rarely ever remained closed at all. Disneyland Resort is a year-round operating theme park destination that has never experienced this kind of crisis in its 65 years of operation.

Disneyland will be holding previews for Disneyland in the days after A Touch of Disney ends so that Cast Members and “members of the community” can visit — though there is no word on Legacy Passholders getting a preview.

Can’t wait? You can visit Downtown Disney and enjoy the food and shopping before Disneyland officially reopens.

Were you one of the lucky fans to get a ticket to A Touch of Disney? Let us know in the comments!

Want to book a Disneyland vacation? We can help! Click here for more information.