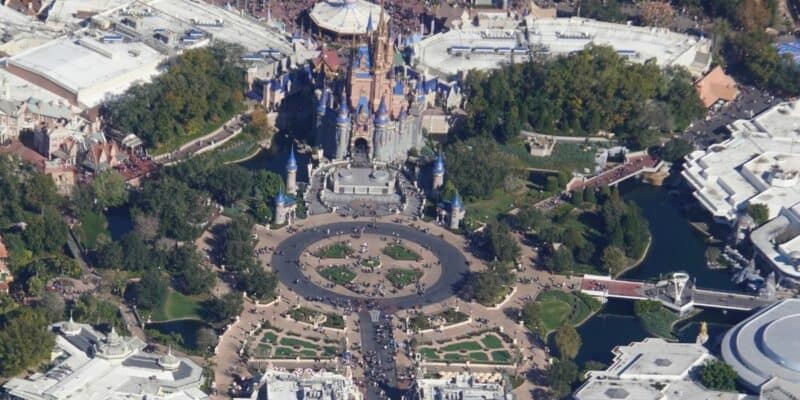 The Walt Disney World Resort is huge, spanning four Parks, two water parks, and dozens of hotels and Resorts. The sheer amount of things to do in and outside of the Parks is astounding and can sometimes even be stressful to Disney veterans, but the discussion of adding more has never ceased within the Disney community.

The concept of a “5th gate” or new Park to the Walt Disney World Resort is not a new one. Magic Kingdom opened in 1971 with EPCOT opening a little over 10 years later. Disney’s Hollywood Studios opened just a few years later in 1989 with Animal Kingdom following in 1998. All of these Parks opened in a span of fewer than 30 years but we haven’t seen or heard of a 5th Park since with Animal Kingdom now being over 20 years old itself.

Many Guests and Disney fans have wondered over the years when or if Disney is planning on adding another Park and with Universal Studios Orlando getting ready to expand in a major way, maybe now is the time Disney should be worried.

A recent post on social media asked the question of if Disney should be worried about Universal, thus needing a 5th Park in its roster. This prompt sparked a discussion in the comments with many sharing how they felt the current state of the Disney Parks is right now:

User u/ discussed the logistics of actually building a supposed 5th Park in the Walt Disney World Resort and why it may not actually help:

Most speculate that it’s because people are limited in how long of vacations they’ll take. Lots of visitors want to visit all 4 parks on their vacations, but they don’t have time to visit a 5th. So it would cannibalize visitors from their other parks, and it wouldn’t increase revenue but it would cost them significantly more to run. If they wanted to alleviate wait times, it’s far, far more cost effective for them to expand the parks that they already have rather than it is to build a whole new one from the ground up.

Universal’s new Epic Universe expansion to the Orlando theme Park will be huge, both literally and figuratively. While we do not know much, this new Park will be adding dozens of attractions as well as the entirety of Super Nintendo World which has been a huge hit in Universal Studios Japan ever since it opened. Epic Universe will be built by summer 2025, which means in just a few short years, Universal will have an entirely new Park to compete with. Epic Universe will have DreamWorks IP and Super Nintendo World as a featured land, but rumors also point to a Universal Monsters section, as well as an expansion on the Wizarding World of Harry Potter.

Disney has not made a formal statement regarding a 5th Park, but with Epic Universe opening in the next few years, some may wonder if it is time for Disney to worry. Walt Disney World does have a few things going for it right now, though, with Star Wars: Galaxy’s Edge being incredibly popular as well as multiple new Resorts being added. Many are also hopeful for the new immersive Star Wars: Galactic Starcruiser which is opening in just a few days.

In recent years Pandora: The World of Avatar has been a huge hit for the Walt Disney World Resort, featuring really fun food, an incredible atmosphere, and debatably one of the Resort’s best attractions being Flight of Passage.

Disney also has a few new rides up its sleeves with the exciting Guardians of the Galaxy: Cosmic Rewind opening “this summer” at EPCOT as well as the new TRON Lightcycle Run coming to Tomorrowland in Magic Kingdom. Disney is also currently working on a version of Mickey & Minnie’s Runaway Railway for Disneyland in Southern California.

Do you think Disney needs an additional Park? Let us know in the comments below.