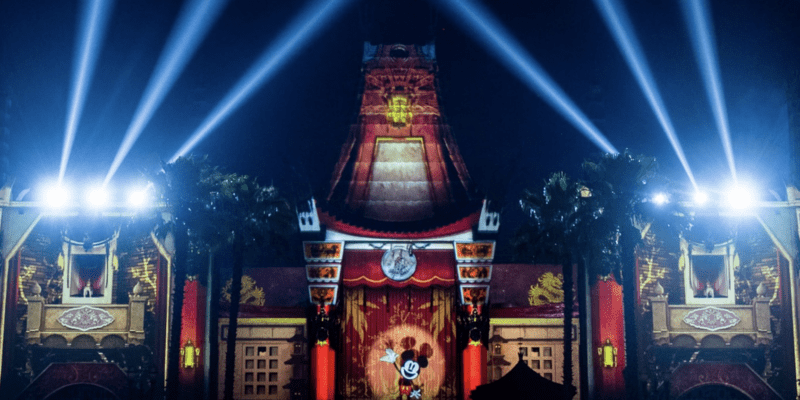 If you have visited the Disney Parks and Resorts kept up with Disney park news, you know that big changes are currently happening in the Orlando, Florida theme Park.

Related: Disney Forced To Close Area Of Park Due to “Inclement Weather”

Walt Disney World is undergoing something of a transformation, with multiple new rides and attractions being worked on right now. EPCOT is being completely renovated and will feature new areas to explore featuring characters like Moana as well as the crew from Guardians of the Galaxy. In the coming months, Guests can anticipate several new experiences in the Parks, most notable being the new Guardians of the Galaxy ride. In the Magic Kingdom, Guests are also eagerly awaiting the release of the new TRON roller coaster in Tomorrowland.

At Disney’s Hollywood Studios, a brand new “first-of-its-kind” Resort is about to open, that being the brand new Star Wars: Galactic Starcruiser.

This is a new, high-tech, fully-immersive experience that is set to be an incredible experience for Star Wars fans. And speaking of Disney’s Hollywood Studios, a few users online recently started discussing what should be done about a supposed “unused” area of land in the back of the Park.

User u/ Quizchris posted to Reddit what they think should be done. See the full post below:

Disney should really do something with all this space in the back of Hollywood Studios. I think Cars Land would be a great fit

Disney should really do something with all this space in the back of Hollywood Studios. I think Cars Land would be a great fit from disneyparks

Many Disney Park fans ran to the comments and questioned what the point of this empty land was in the first place. User u/ said:

You mean all that’s left of backstage? While WDW has space (not as much as people think due to their conservation promises) HS was put in a place where it is bordered on all sides. It’s boxed in by Victory Way, Osceola Pkwy, Word Dr, and Buena Vista. There’s room to maybe push the parking lot out toward Victory and Osceola, but that would be a HUGE undertaking.

Also, how many more big, popular properties with one or two rides do you want to bring to HS? At this point I think the most reasonable expansion would be a new park all together, which is also inline with what they need to do to compete with Universal. It’s time for Disney to show us something new.

While that’s a great idea, that’s the facilities and cast member area, so that would need to be relocated, with no space to do that.

While that’s a great idea, that’s the facilities and cast member area, so that would need to be relocated, with no space to do that.

DHS is just in a horrible location, magic can basically expand infinitely north north east and north west and they will just expand the utilidoor if needed, Epcot’s backstage is one unbroken ring around the east side of future world meaning it can expand north west if it wants and animal is so isolated it has plenty of space (though its backstage is horribly laid out, it’s why animal doesn’t have land integrity because it’s backstage isn’t connected), they can’t lose that area, it’s the only part of backstage left in DHS, off-site backstage doesn’t work (ask literally anyone in a resort or water park about costuming) and they can’t retroactively build a utilidoor (which would actually be good these days for DHS since it prizes land integrity almost as much as magic these days)

Multiple reports came in of this area being designated for Cast members to use, so it is unsure of what Disney could do with it exactly, as they would have to relocate multiple facilities.

This isn’t the only call from fans for Disney to build something in their Parks.

Do you enjoy Disney’s Hollywood Studios? Do you have any ideas for what could be the next expansion to the Park? Let us know in the comments below!