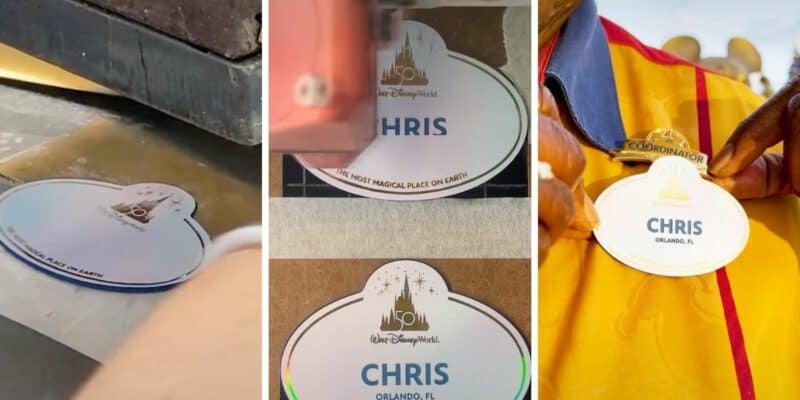 On October 1, 1971, Magic Kingdom at Walt Disney World — The Most Magical Place on Earth — opened to the public, and before we knew it, it became one of the most popular vacation destinations around the world. And to commemorate these past 50 years, Walt Disney World is hosting the biggest celebration ever, which they are calling “The World’s Most Magical Celebration.”

If you aren’t familiar, the EARidescent color scheme includes gold, royal blue, and royal purple, which is seen all around Walt Disney World, including on Cast Member name tags!

And to keep the magic going, Disney Parks is sharing a video of exactly how those 50th anniversary name tags were made, which is pretty interesting (especially if you love binging Discovery Channel’s How It’s Made).

You can view the Disney Parks TikTok video here:

Did you find this inside look at how the 50th anniversary Cast Member name tags were made to be interesting? Let us know in the comments below.