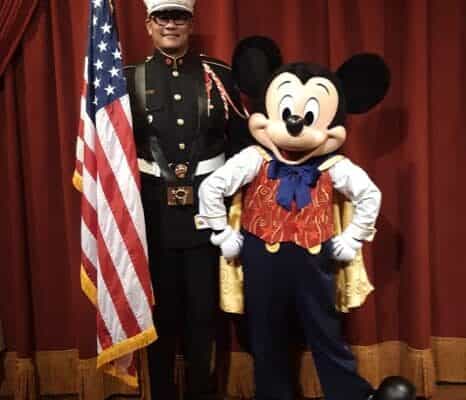 Walt Disney World Resort in Orlando, Florida may be “The Most Magical Place on Earth” but sometimes incidents happen at the theme parks no matter how safe they are kept or how well-trained the Cast Members members are.

After a death on Disney property last month, Disney’s team of first responders realized their worst fear: that short staffing is endangering Guests and, sadly, proving to be fatal.

Now, the president of the Reedy Creek Firefighters Association, which represents Walt Disney World’s first responders, has claimed that its Honor Guard unit is being forced to perform unpaid in retaliation for the comments made about Disney Park safety and staffing issues.

Last month, we reported that Walt Disney World’s firefighters and paramedics voiced concerns about consistently relying on outside fire departments to respond to calls or take Disney Guests to nearby medical facilities. The union they are part of is currently in negotiation with the district to push for more first responders amid the staffing issue. Tim Stromsnes, the union’s communications director told the Orlando Sentinel:

“We’re putting people who are visiting Disney in danger.”

The short-staffing claims came after a Disney Guest sadly passed away in a hotel near the Magic Kingdom theme park. In December, first responders received a call about a woman having a heart attack at the Bay Lake Tower at Disney’s Contemporary Resort.

According to union members of the Reedy Creek Fire Department, the only rescue vehicle for the area was on another call. It took over 13 minutes for a rescue unit from another area on Disney property to arrive and 20 minutes before the woman was given epinephrine, a critical treatment. Unfortunately, the woman died that afternoon.

Jon Shirey, president of the Reedy Creek Firefighters Association, told the Orlando Sentinel that if more responders had been available, the woman would have had a better chance of survival. Disney spokesman Avery Maehrer, however, called the union’s claims about safety at Disney “simply not true”:

Now, Shirey is claiming that officials are retaliating against the union members’ public complaints by having members of Reedy Creek’s Honor Guard perform without pay at an international convention. The Honor Guard has appeared at the convention in 2016, 2018, and 2020, according to former commander Ben Whitley.

Shirey told Orlando Sentinel that department and district officials initially told him the Honor Guard would not be allowed to appear at the upcoming International Association of Fire Fighters’ Affiliate Leadership Training Summit, which will be held at Walt Disney World’s Dolphin Resort from January 9 to January 12.

Reportedly, Fire Chief Richard LePere told union vice president Paulette Montero that the Honor Guard members could appear at the convention but only on an off-duty, unpaid basis.

Reedy Creek Honor Guard is a ceremonial unit, comprised of select members of Reedy Creek Fire Services Firefighters, Dispatchers, and Fire Inspectors, and have in the past been awarded overtime for representing the district at formal events and funerals.

Shirey, a former Honor Guard member, also added that members will not be able to take time off for Honor Guard duties if they were scheduled to work during the event.

“fully supports the appearance [of the Honor Guard at the summit] and it is not current district practice to pay employees for non-district related events. We recognize the importance of what the Honor Guard represents to the community.”

The union’s General President Edward Kelly said that leadership is aware of the safety allegations made by the fire department at Disney and is “watching the retaliation claim very closely”:

Both Kelly and District Vice President Walter Dix plan to meet with Reedy Creek officials next week to discuss the concerns regarding and safety and staffing claims.

The Orlando Sentinel goes on to report Shirey claim’s that the first responders are being punished for their public comments:

“Shirey was told in late December by Fire Chief LePere that District Administrator John Classe said the Honor Guard could “absolutely not” appear at any union-sponsored functions because of the newspaper article.

“He said “They’re gonna deny that it’s retaliation, but being that it’s the first time they’ve ever denied our people the ability to do it, and it conveniently happened right after that article was published, it certainly has the appearance of such.”

The Honor Guard has had issues during the COVID-19 pandemic finding members to perform at events due to staffing problems. The team has about 15 total members, both union and non-union, but events like the IAFF convention typically require around six people.

The district’s website does in fact reveal that it is hiring firefighters and paramedics, starting January 2022. The Reedy Creek Fire Department’s minimum team per shift is apparently 26 firefighters, using five ambulances and four fire engines, who cover Magic Kingdom, EPCOT, Disney’s Hollywood Studios, and Disney’s Animal Kingdom, Disney Springs, the hotels, as well as accidents on neighboring sections of I-4 and State Road 429.

Before the COVID-19 pandemic, the Disney fire department had 32 firefighters across eight ambulances and four fire engines per shift, according to Shirey.

Back in March 2020 at the start of the COVID-19 pandemic, the Reedy Creek Improvement District reduced staffing to avoid layoffs when the theme parks were forced to shut down. The district paid EMT staff’s salaries for 16 weeks while they were at home.

David Bonta, the current commander of the Honor Guard, told Orlando Sentinel that the group has not had an issue with compensation or time off for events in the past:

Bonta began his tenure as commander as this dispute was happening. He said he was not told that the district would withhold the Honor Guard from participating but confirmed it would not compensate members for performing.

He said fire department leadership told him the change in pay policy was due to the “current situation,” but the union’s actions were not specifically mentioned. Bonta said he does not view the action as retaliation but as the fire department “trying not to make waves.” He appreciates Reedy Creek allowing the Honor Guard’s participation, he said, but their decision makes it difficult to recruit participants.”

Keep following Inside the Magic for more information about this ongoing story.

Have you ever seen the Reedy Creek Honor Guard perform?