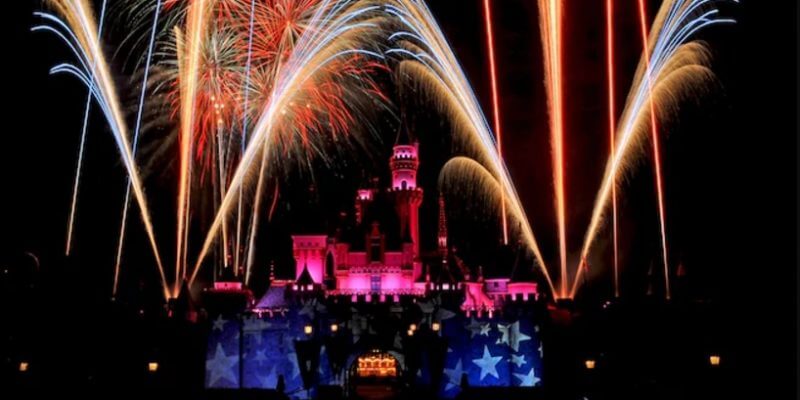 It’s that time of year again– the time to honor the history of the United States of America with Independence Day celebrations around the country. Last week we revealed what guests can expect during the national holiday at Walt Disney World in Florida, so today let’s take a look at the west coast version– Disneyland Resort.

Throughout this week, leading up to the 4th of July, Disneyland will host special performances by the United States Air Force Honor Guard, the United States Army National Guard Band, and the 191st and the 300th Army Band. The groups will pop up in various locations around the resort, so keep your eyes peeled if you’re visiting for the holiday. Or follow the schedule below if you want to seek them out: Over at Disneyland’s sister park Disney California Adventure, the World of Color nighttime spectacular in Paradise Bay will have a special celebratory Independence Day pre-show before both the 9:00 PM and 10:15 PM performances.

And for the main event, Disneyland has planned a special patriotic fireworks show entitled “Disney’s Celebrate America – A Fourth of July Concert in the Sky,” which will run nightly from July 1st through the 4th above and around Sleeping Beauty Castle at Walt’s original Magic Kingdom in Anaheim, California.

“Don your stars and stripes and join the throng to sing and cheer along in celebration of our great nation’s birthday!”

Enjoy your time at the parks and Happy Independence Day!