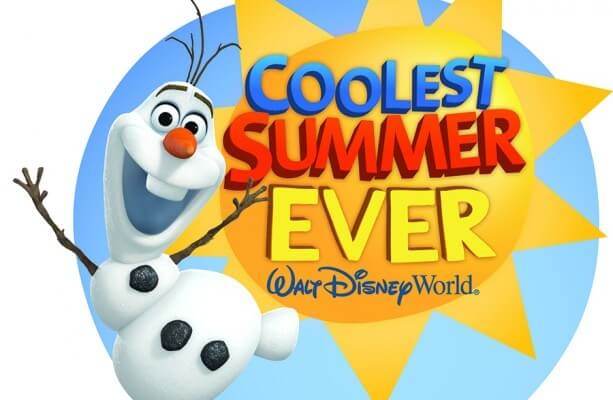 On May 22nd Magic Kingdom at Walt Disney World will be the host of the popular 24-hour event again. This year’s party is themed to Frozen and ironically named “Coolest Summer Ever” after our buddy Olaf’s obsession with the warmer season. From 6 a.m. Friday, May 22, to 6 a.m. Saturday, May 23 Olaf is inviting you Show Your Disney Side with whole day and night filled with a bunch of different entertainment offerings. The most popular ones, of course, features our pals from the movie Frozen. In addition to Magic Kingdom’s regular entertainment and character offerings you will be able to experience:

*The morning kicks off with special appearances in the Welcome Show as Anna, Elsa, Kristoff and Olaf join the rest of the gang welcoming everyone into the park.

*There’s even more “Frozen” fun in store, when Olaf, Kristoff, Anna and Elsa put Magic Kingdom Park “on ice” with pre-parade appearances just ahead of the 11 p.m. and 1 a.m. performances of the Main Street Electrical Parade.

*Rockettower Plaza will be the host to sing-along screenings of Disney’s “Frozen” from midnight – 4 a.m.

*You can join some of your Disney pals – all dressed in their PJs – at one of two late-night dance parties. Kick up your heels at the Frontierland Dance Party, near Country Bear Jamboree, from 2 a.m. – 6 a.m. At Cinderella Castle, Disney’s “Up All Night” Dance Party keeps things hopping from 2:00 a.m. – 5:45 a.m. with awesome DJ and  stiltwalkers.

*Some of your favorite stars from Disney Channel will be joining us as Grand Marshals for the “Disney Festival of Fantasy Parade” at 3 p.m.

*A Flag Raising ceremony will be held at dawn in Town Square, featuring the Reedy Creek Honor Guard.

*As that 24th hour comes to a close, make your way to Town Square on Main Street, U.S.A., for a special finale moment with Mickey and the gang that you won’t want to miss.

For more information, check out the Disney Parks Blog