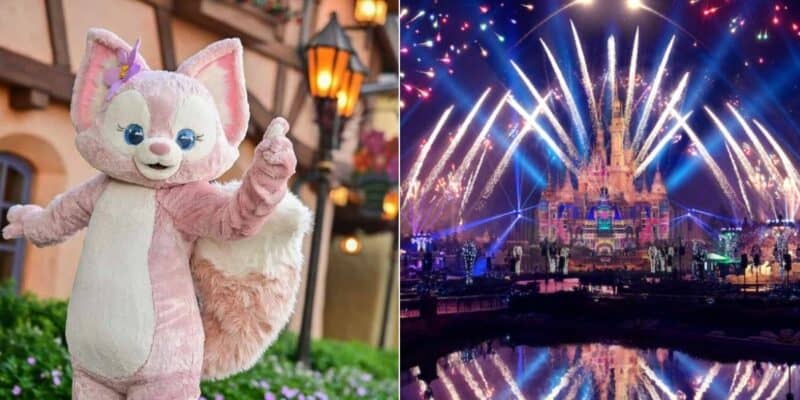 For many Disney Parks fans outside of the United States, Duffy & Friends are extremely popular characters.

Duffy, Mickey Mouse’s stuffed teddy bear, so the story goes, has numerous adorable companions, including ShellieMay, Gelatoni, StellaLou, and CookieAnn. The newest addition to the crew is LinaBell, a fox who has already gained immense popularity.

Although Duffy Bear & Friends never caught on in the U.S., they are wildly popular at the three Asian Disney theme park properties — Tokyo Disney Resort, Disneyland Hong Kong, and Shanghai Disneyland — and at Aulani, a Disney Resort & Spa in Hawaii.

Now, Shanghai Disneyland is facing backlash from fans after the Park’s LinaBell character treated Guests rudely. A video that was originally posted on social media site Weibo has gone viral in China.

Per one article about the situation:

In the clip, the character was seen responding to fans’ request for her to shake her tail by pointing at the way out.

After a fan was heard asking her to “give me a kiss,” LinaBell blew a kiss but then made gestures of throwing it onto the floor and stamping on it.

The clip sparked outrage among some fans, who accused Disney of letting a poorly-trained performer ruin the warm persona of their favorite fox.

The article also shared some of the upset comments Disney fans have left on Weibo:

“She is supposed to be a brave, adventurous little fox, but some performers are making her look so rude,” a commenter posted on microblogging site Weibo.

“Can’t even give a kiss?” said one of the most liked comments the same site. “Then why spend money visiting Disney? To get offended?”

Shanghai Disney Resort officials have yet to comment on the situation.

When Disney Parks Blog introduced LinaBell, she was officially described as:

We are so excited to introduce to you our new friend of Duffy, LinaBell. She is a fox with an inquisitive mind and the intelligence that supports it. She finds joy and excitement in solving problems and mysteries.

Duffy met LinaBell when he was lost in the forest following a butterfly. LinaBell suddenly but masterfully took out her magnifying glass and started examining “clues” on Duffy’s body to figure out where he had come from. Thanks to her detective-like talent, Duffy was able to be reunited with Mickey Mouse. Duffy and the rest of the friends are often in awe of her ingenious ways of solving problems.

Do you think this LinaBell performer was rude to Disney Guests?