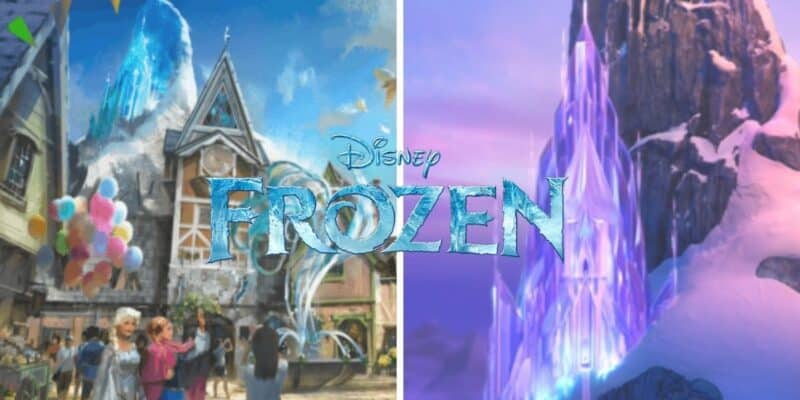 In 2016, the Walt Disney Company and the Hong Kong Government announced their plans for a multi-year expansion, including building a real world of Arendelle from Disney’s award-winning film, Frozen. And ever since, Inside the Magic has been updating you on the construction progress at the land.

Most recently, we can see painting has begun on certain aspects of the North Mountain!

HKDL Fantasy took to Twitter to share a photo of the mountain range at Arendelle: World of Frozen, which shows painting taking place on certain areas. We can see some greenery being added to the rock work so that the structure looks more realistic.

Painting has also begun on other parts of the mountain.

The upcoming land will be home to a stunning atmosphere, unique attractions, and may even allow Guests to bump into some favorite characters from Frozen, including Elsa, Anna, Olaf, and others.

In addition to spotting some of the iconic landmarks from the film, Guests will also be able to experience an identical version of EPCOT’s Frozen Ever After attraction. In case you aren’t familiar, Disney World describes this attraction as: