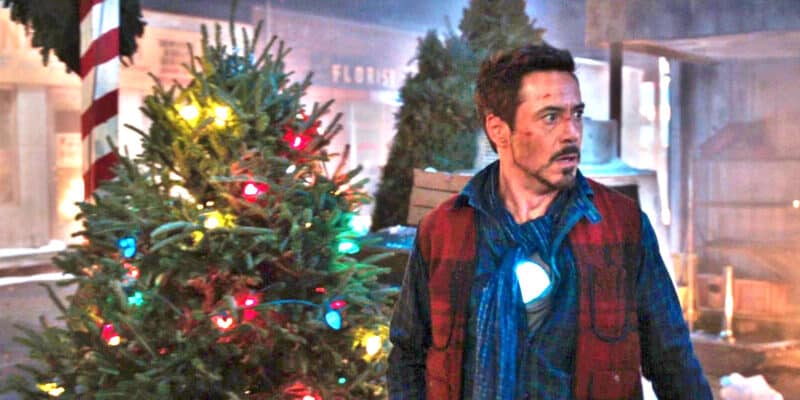 After a very long year, the holidays are finally here. Marvel has been giving fans gifts all year long with new Disney+ series like WandaVision, Falcon and the Winter Soldier, Loki, and Hawkeye. Not to mention the greatest gift of all – Spider-Man: No Way Home (2021). But if Marvel fans have found themselves with a spare moment there are plenty of Christmas stories to check out in between viewings of Iron Man 3 (2013). 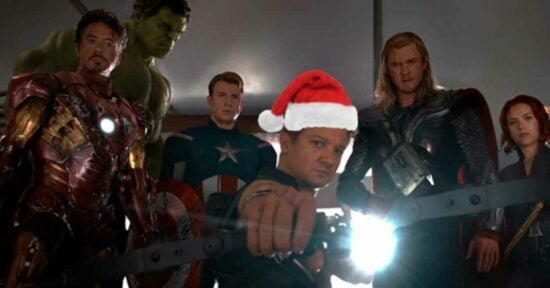 Marvel Studios has not done much set at Christmas time until this year. Marvel fans (and Disney) have debated if Iron Man 3 starring Robert Downey Jr. (Tony Stark/Iron Man) counts as a Christmas movie for years. Now fans are already asking if the least entity in the Marvel Cinematic Universe, No Way Home, fits the category as well. Hawkeye starring Jeremey Renner (Clint Barton/Hawkeye) and Hailee Steinfeld (Kate Bishop/Hawkeye) was definitely full of Holiday cheer.

But there are some truly bonkers Marvel Christmas stories for fans to enjoy over their Holiday vacations between opening presents and sipping egg nog.

Even MCU fans who have do not read the comic books have heard all about the Hawkeye (2012) series by Matt Fraction and David Aja. The new Hawkeye series streaming on Disney+ was based on the Eisner Award-winning series which is set during the holiday season.

Though the series pulls in more Christmas themes than the book – which had led to claims of antisemitism by adding religious elements. The comic finds Hawkeye down on his luck in New York City battling the Tracksuit Mafia and Wilson Fisk/Kingpin before celebrating the season with his new found family.

But not every Christmas story from Marvel is a straightforward as Hawkeye. In 1991, Thor #444 by Tom DeFalco, Ron Frenz, and Al Milgrom featured a story called “How the Groonk Stole Christmas”, which was the Marvel Universe’s take on Doctor Seuss’s “How the Grinch Stole Christmas” (1957).

The story pits the God of Thunder against a mysterious thief who is breaking into people’s homes and stealing their gifts. The Asgardian tracks down who of course is a giant green mutant with laser beams for eyes. But in the end, Groonk was only stealing the gifts to give to the Morlocks, mutant children who were rejected from society and lied underground.

Deadpool and Spider-Man Got “Santa” Drunk

Wade Wilson/Deadpool might be one of the worst gift-givers in the Marvel Universe. After getting kicked out of the Avenger’s Secret Santa by Captain America for an inappropriate gift for Hawkeye, he runs into Peter Parker/Spider-Man. And in typical Merc with a Mouth fashion, all holiday plans go completely off the rails.

Saturn, also known as Cronus, attacked New York City in a blind rage that his holiday, Saturnalia, had been overshadowed by Christmas. However, Deadpool and Spider-Man eventually find a non-violent solution inviting the Olympia version of Santa Claus, out for a drink and a night of fun.

“Yes, Virginia, There is a Santron” from Marvel Holiday Special #1 (2005) by Jeff Parker, Reilly Brown, and Pat Davidson introduced another crazy version of Santa to Marvel Comic and there have been many. This version is the evil robot from Avengers: Age of Ultron (2015) voiced by James Spader.

The story begins with a woman who tried to build a robot Santa but accidentally used programming from Ultron. The result is a monster that thinks it is Santa but still wants to kill the Avengers. They defeat it by tricking Santatron into eating a machine disguised as a Christmas cookie.

Marvel Comics has a group of superheroes who secretly make major decisions for the Marvel Universe known as the Illuminati. Members have included everyone from Tony Stark/Iron Man, Doctor Strange/ T’Challa/Black Panther, Reed Richards/Mr. Fantastic, and Professor Xavier.

In the Marvel Holiday Special (2009) by Brian Reed and Val Semeiks the Illuminati make a terrible mistake. After Santa learns that his reindeer were actually the shape-shifting aliens, Skrulls, from Captain Marvel (2018), the Illuminati lend him the Infinity Gauntlet to help save Christmas.

Unforntually, Santa is driven insane by the power and the Illuminati have a full battle with him. After defeating him, Tony comes up with the much more reasonable solution of robot reindeer.

There are even more crazy Christmas stories in Marvel Comics. Included one in which Fantastic Four villain Doctor Doom must deliver all the toys to children. In fact, Santa is a recurring character over at Marvel and could even show up in the upcoming Guardians of the Galaxy Holiday Special. Director James Gunn already teased he would introduce one of Marvel’s greatest characters – which could be the omega-level mutant.