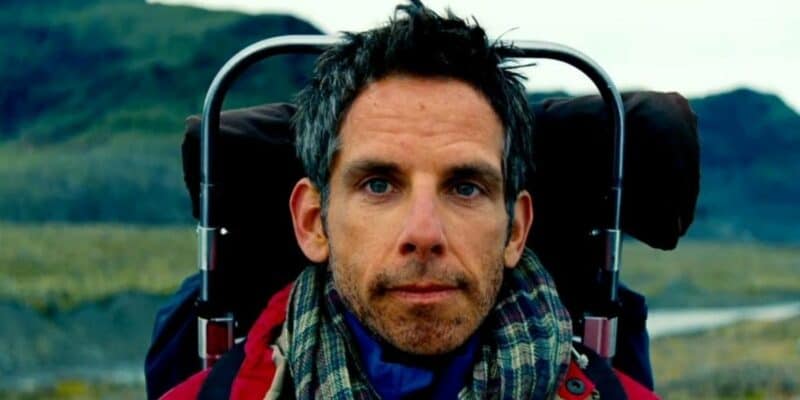 If you’ve spent the holidays binge-watching Christmas movies, Disney classics, and franchises like Jurassic Park, Harry Potter, and Star Wars, then you’re probably looking for something a little more down to earth to watch, especially as we start the new year.

As one year ends and a new one begins, we tend to look ahead to what new adventures we might undertake. Or maybe we’re just looking for something to help us appreciate everything we have. As such, there’s no better kind of film than one that’s both life-affirming and inspirational.

Thinking of throwing caution to the wind and embarking on an impromptu adventure, or are you looking for something that will inspire you to do something else altogether? Well, you’ve come to the right place, because here are four truly inspirational movies for the New Year!

“I’m going to walk myself to a better woman”, says recovering addict Cheryl Strayed (Reese Witherspoon), as she hits the life-changing 2,650-mile long Pacific Crest Trail, drawing strength and inspiration from her late mother (Laura Dern). Along the trail, Cheryl reflects on her troubled past, a journey that has been filled with its own hardships.

While we’ve listed Wild as one of our life-affirming movies for January, there’s nothing easy about Cheryl’s adventure. But despite that old cliché, it isn’t always about the journey – sometimes it’s the destination. The PCT’s ever-evolving, dramatic landscapes is the stuff all trekkers dream of, but what’s even more jaw-dropping is Cheryl’s resilience to make it all the way to the end.

Witherspoon gives a terrific performance as the titular character and author of the book of the same name upon which the film is based. A certain metaphor would have you believe that, in order to begin anew, one needs to figuratively ‘shed their skin’, but in the case of Cheryl Strayed, it’s more about ripping off your own toenails when your hiking boots just aren’t cutting it!

Outdoorsman Aron Ralston (James Franco) is living his life to the fullest, until he finds himself caught, very literally, between a rock and a hard place – a turn of phrase which happens to be the name of the real-life book this movie is based on. While trekking through Utah, Ralston ends up trapped in a canyon where his arm is pinned to a wall by a large rock impossible to move.

If you’d have uttered the word ‘uplifting’ to Ralston while he was trapped in that deep canyon in Utah, he might have punched you with his one free arm. But 127 Hours is a strangely elevating piece, and despite the brief but deeply unnerving self-performed amputation scene, the film’s real focus is less survival and more Ralston’s introspection and incredibly dramatic turning point.

Franco gives the performance of a lifetime in one of Danny Boyle’s most overlooked pictures. And besides the fact that it’s also an outdoors movie, 127 Hours can be compared to Wild because of its themes of self-reflection. However, in order to escape the predicament he’s been “moving towards” his “entire life”, Ralston is going to have to do a lot more than remove a bad toenail…

When hard-working FedEx employee Chuck Noland (Tom Hanks) boards a company cargo plane at Christmas, he has no idea of the life-changing disaster that awaits him. After being struck by a violent storm, the plane crashes into the Pacific Ocean and Chuck is swept ashore a tiny remote island where he becomes stranded for four very long years.

This is yet another film you might not consider particularly uplifting, but there are a number of important messages here, from not letting work consume your life to learning to appreciate all of life’s creature comforts. Themes of hope are prominent too – despite the overwhelming odds, the will to be reunited with the love of his life keeps Chuck alive.

Cast Away is a great reminder that there is light at the end of the tunnel, which is a slither of hope we all need from time to time. A poignant and moving piece, Robert Zemeckis’ one-man feature is a film for the ages, and further proof of Tom Hanks’ endless talents. And what more proof do we need than an actor who’s able to convince you to care for a volleyball of all things?!

When the photo still for Life Magazine’s final cover is misplaced, introvert ‘negative assets manager’ Walter Mitty (Ben Stiller), a man who has spent his entire life doing nothing but daydreaming of a better existence, throws caution to the wind and goes looking for the company’s globe-trotting photographer Sean O’Connell (Sean Penn).

Once Mitty embarks on his quest, it’s shark attacks in Greenland, volcanic eruptions in Iceland, and elusive snow leopard sightings in Afghanistan. But not once does the film ever feel as off-the-ground as Mitty’s fantasies. This film is a love letter to the traveller in all of us, and especially those of us who have yet to see that there’s a world beyond the corporate rat race.

Stiller also directs, and he’s nothing short of a master behind the camera. The cinematography is as striking as the film’s sweeping scenery, and the energizing soundtrack will make you want to pack your bags and jump on the nearest plane. The Secret Life of Walter Mitty is a beautiful and expertly told tale that’s bound to resonate with many, perhaps now more than ever.

Do you find any of these movies inspirational?