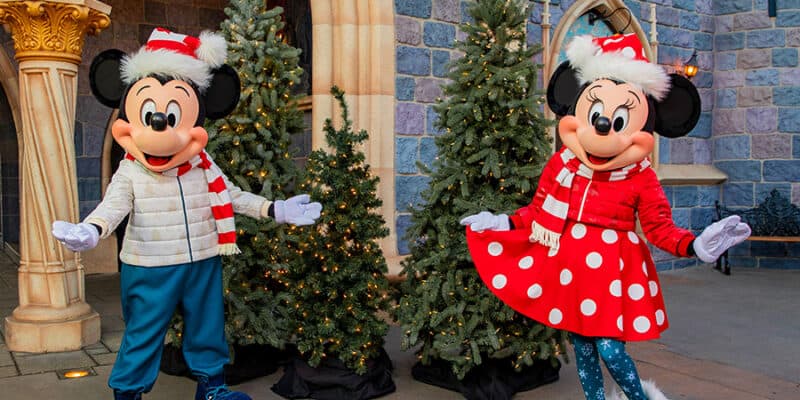 For many people, the idea of experiencing the magic of Disneyland Resort during the holiday season is something they dream about for years before making it a reality.

One local Southern California resident wanted to make sure his two grandchildren from Tennessee got to visit Disneyland Park this Christmas season and thought he had done everything necessary to make it happen during their recent vacation to his Carlsbad, CA home.

Bill Miller purchased Disneyland Resort tickets from TicketsatWork.com, a website that allows users to purchase discounted tickets for various theme parks and events as a perk of being employed at certain companies.

When Miller and his grandchildren arrived for their Disneyland day, however, they were met with a major problem — the tickets were seemingly not attached to Disneyland Resort’s theme park reservation system, and they were not allowed to enter either of the Anaheim property’s two Parks, Disneyland Park and Disney California Adventure Park, as a result.

He said Disneyland told him the tickets were not in line with their reservation protocols, which were required because of the pandemic.

“I had over $600 worth of tickets on the counter here and I can‘t use them,“ said Miller. “I asked what I could do with the tickets and they said we don‘t know what you should do, but we know you can‘t get into Disneyland.“

In order to make sure his grandkids still had a magical visit, Miller bought new tickets straight from Disney. He kept the failed purchase to himself, and he had a fantastic time with his grandkids.

The article went on to note that Miller reached out to the network’s NBC 7 Responds program, which aims to make unfortunate situations like this right for area residents. After the news station reached out to TicketsatWork, ultimately resolving the situation:

Miller said he got a call from them.

“They said we want to make this right and reimburse your card,“ said Miller. “It was a stressful time, but needless to say it all worked out fine.“

The magic is ready and waiting for you at Disneyland Park and Disney California Adventure Park.

All Guests (ages 3 and older) are required to have:

What do you think about this situation?