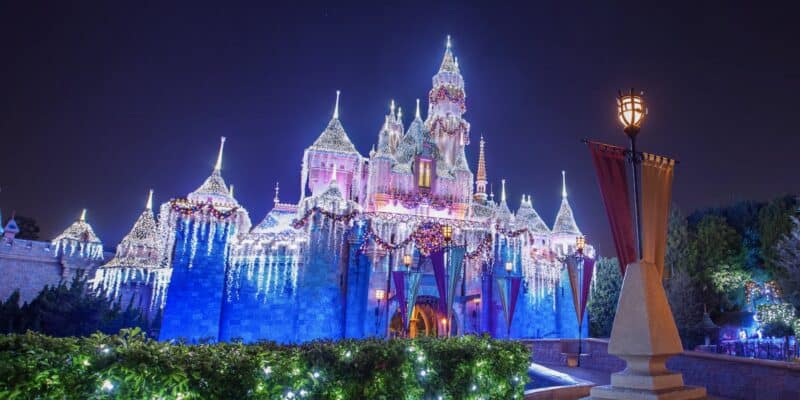 Halloween is not yet over at the the Disney theme parks, but it looks like Christmas decorations are already starting to arrive at Disneyland Resort in Anaheim!

It feels too early to be getting out our mistletoe and Christmas trees at home — our Halloween costumes aren’t even finished yet — but it appears Disney Parks are getting a head start at decorating for the holidays this festive season.

Guests at World of Disney in Downtown Disney were in for a festive treat today as magical garlands and festive decorations were seen to be hanging from the ceilings.

Magical Foodies posted a photo on their Instagram showing some holiday sparkle hung at World of Disney today:

Halloween decorations are still in place throughout the majority of Disneyland Park and Disney’s California Adventure, with Oogie Boogie Bash Halloween Party returning again after the pandemic. We don’t expect a full expansion of the decorations until after Halloween, but know there will be no time wasted!

The Halloween season at Disneyland Resort is set to last until October 31, and shortly after, Disneyland Guests will be transported to a winter wonderland.

The transformation at Walt Disney World, for example, takes Cast Members only seven hours to achieve, including installing Magic Kingdom’s 65-foot tall “icon Christmas tree” to hanging garlands and wreaths up and down Main Street, U.S.A.

Disneyland will bring back its popular A Christmas Fantasy parade this year, along with its Believe in Holiday Magic fireworks show. And over at Disney California Adventure Park, Disney brings back the much-loved Festival of the Holidays — Disney’s Christmas-themed food festival. Booths will be set up throughout the theme park we can’t wait to get our hands on the delicious treats on offer!

Are you excited to see holiday decorations starting to go up at Disneyland? Let us know if you think it’s too early!