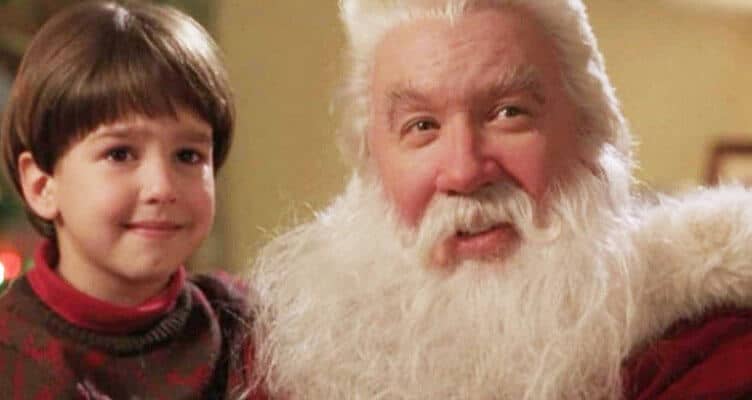 If you are a fan of the holidays, Disney+ is likely your best friend during this time of year! With so many Disney films available that tie into Christmas, there has never been a better time to check out the streaming service. Disney+ has also been no stranger to the backlash. The Walt Disney Company has had to navigate how to still show some of their films that may have outdated or incorrect ideals, which are notably unacceptable in today’s society.

Now, it seems another film is being added to that category, except it is not a Christmas film you may think of.

When it comes to Christmas movies, there are a few that tend to come to mind as classics; for many, watching The Grinch is a holiday favorite, or perhaps Rudolph is your holiday jam! One film, however, that almost everyone knows is The Santa Claus. Starring the Buzz Lightyear star, Tim Allen, we see the story of Scott Calvin unfold. In the film, Scott slowly transforms into Santa Clause, meaning he physically makes quite the change. The film’s success was so great we have seen multiple sequels created.

It is now being reported that The Santa Clause has taken a big hit over the years. As noted by Outsider, “The sudden weight gain causes many fat jokes, and critics believe this references fatphobia.”

There are plenty of other films that the publication has reported on receiving similar backlash, but for different reasons. The Holiday starring Cameron Diaz, Jude Law, Jack Black, and Kate Winslet has reportedly left the female characters shining in a positive light. In contrast, the men have been reviewed as “psychopaths” and unfaithful. It’s a Wonderful Life starring Jimmy Stewart has also been deemed as misogynistic by some.

Of course, The Santa Clause movie is based in a world of fiction, but we have seen Disney put warnings before some of their films to warn viewers that there may be aspects within the movie which could be troubling for some. The Santa Clause movie does no such thing, but as criticisms continue (if they continue), it will be interesting to see if anything more is ever said regarding the film’s treatment of the character of Calvin’s weight gain.

If you want to meet Santa Clause in Disney World, you can! He can be found in EPCOT and Disney Springs.

What do you think of this stance? Let us know in the comments below.