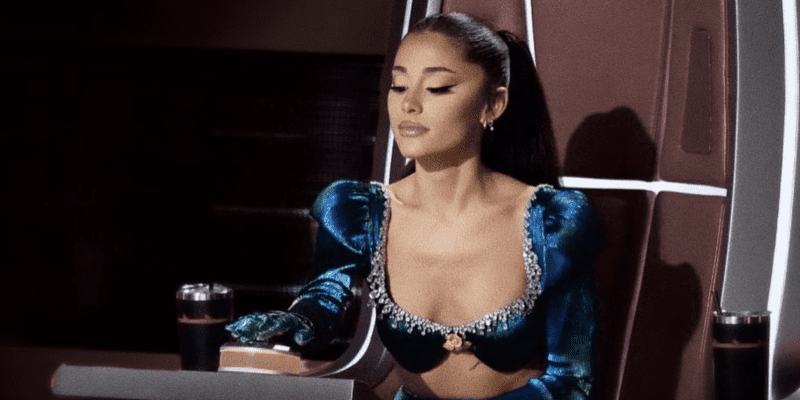 Former Nickelodeon starlet Ariana Grande, who made a name for herself among Disney fans when she performed “I Won’t Say (I’m In Love)” from Walt Disney Animation Studios’ Hercules (1997) on the original Disney Family Singalong special during quarantine in 2020.

This led to a petition for the “Bang Bang” songstress to play Megara in the reported upcoming live-action adaptation of the classic animated movie.

The former Cat Valentine actress has also appeared on a number of other Disney specials, as outlined below:

For Disney, she appeared and performed in the Disney Parks Christmas Day Parade in 2014 and 2015, as well as the 2014 Radio Disney Music Awards. She also performed Zero to Hero on the We Love Disney album. In 2017, she performed a duet version of Beauty and the Beast with John Legend for the 2017 version of the film of the same name. She was mentioned in an episode of Stuck in the Middle and the Bizaardvark episode “Chocolate Bananas”.

Now, it seems that the singer has been channeling Frozen‘s Elsa by wearing “magic” gloves when she performs — in fact, in recent years, she has rarely been seen without elbow-length gloves on her arms and hands at all times!

While it may seem that this is a fashion choice or a pandemic precaution, it turns out there is actually more to it. One recent article about Grande’s gloves notes:

Back in November 2014, a few months before her first arena tour, Ariana Grande shared a photo on her Instagram of her hands in a pair of MiMU gloves. In the caption, she gushed about her excitement for finally having her own pair.

“Was fit for my very own mimu gloves today! thank u, @ImogenHeap, for welcoming me to the mimu family. I’m on a cloud [nine], can’t wait to use them on stage, hopefully very soon,” she wrote.

Per MiMu’s site, the gloves — a collaboration between the company and English musician Imogen Heap — are “the most advance wearable technology for music.”

Tech Crunch shared additional details about the technology behind the gloves:

Mi.Mu works by capturing movement and hand gestures with analog bend sensors. That information is then sent wirelessly via the x-OSC [a wireless input-output board] board on its wrists to a computer.

Software developed for Mi.Mu enables performers to map that data to musical control signals and combine different gestures and movements to make more complex controls. The gloves can also be programmed to control third-party music production and editing software.

Grande is currently serving as the newest judge on NBC’s singing competition, The Voice. She joined Blake Shelton, Kelly Clarkson, and John Legend on the latest season of the hit series, which also features Carson Daly as the host.

What do you think about Ariana Grande’s “magic” gloves?