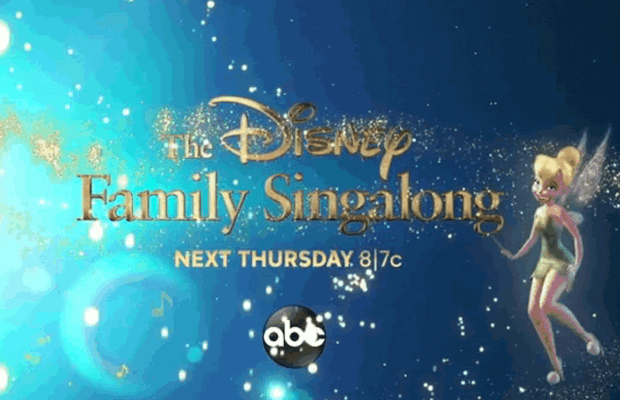 Disney is bringing fans a magical one-hour television special starring some of our favorite Disney stars.

Karey Burke, president, ABC Entertainment stated “If there’s something that we’ve all learned in the past few weeks, it’s to cherish every moment and the importance of connection, whether through laughter, stories, or music. We hope that we can help create some new unforgettable moments in everyone’s homes in a way that only the magic of Disney can.”

If you aren’t sure of the lyrics word for word — Don’t fear because this is a sing-along after all! During the shows, there will be an animated character who will guide the on-screen lyrics so that the fans at home can sing along with some of your favorite Disney stars. Get ready to sing songs from Disney classics such as Beauty and the Beast, The Little Mermaid, Toy Story, Moana, Frozen, and even High School Musical (Because we are all in this together!)

The Disney Family Singalong will air on ABC on Thursday, April 16 from 8 pm-9 pm EST.

Will you be tuning into The Disney Family Singalong? Let us know in the comments.