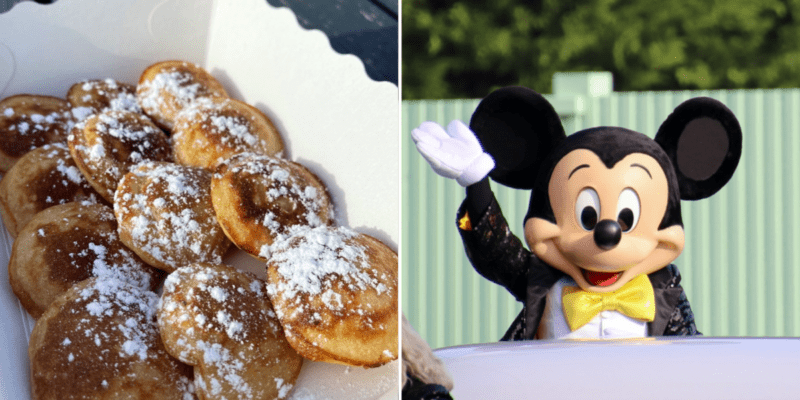 Happy Birthday, Mickey Mouse! Or, maybe not, as one Disney Park has removed the iconic food offering — the Mickey Waffle — from its menu.

Earlier this month, Walt Disney Company CEO, Bob Chapek, celebrated the profits of the House of Mouse. Discussing topics from the controversial Disney Genie, Disney Genie+, and Individual Lightning Lane Selections systems to how they plan on increasing their bottom line, the Disney Earnings call was stuffed with information about the future of Disney magic and Walt Disney’s legacy.

Speaking on that call was CFO Christine McCarthy who mentioned how they planned to trim down portion sizes at the Disney Parks, citing also, how the move would be “good for some people’s waistlines“. Now, one Disney Park has seemingly already begun these cuts behind the scenes with the famous, and fan-favorite, Mickey Waffle now removed from menus at Disneyland Paris’, Disneyland Park.

Via DLP Report (@DLPReport) on Twitter, we can see that the menu at Old Mill — the place to buy the Mickey Waffle has now been replaced with “Poffertjes”. They said:

Mickey Waffles are no longer served at Disneyland Park, replaced at the Old Mill by “Poffertjes” made with the same dough.. but generic and easier to produce. A testament to the incapacity of the Resort’s food department to understand their own product.

Mickey Waffles are no longer served at Disneyland Park, replaced at the Old Mill by “Poffertjes” made with the same dough.. but generic and easier to produce.
A testament to the incapacity of the Resort’s food department to understand their own product. pic.twitter.com/YPalowVqey

The controversial move to replace the Mickey Waffle at this Disneyland Park location has already drawn criticism with hashtags like #SaveMickeyWaffles showing up on social media. One Disney fan even stated that they should “take to the streets of Paris to protest”.

While it is not yet known why Disneyland Paris decided to replace the Mickey Waffle with a seemingly less magical snack, DLP Report does suggest that the way poffertjes are easier to produce might be the reason.

It is not the first big change to come to Disneyland Paris in recent weeks. Mask-wearing for visitors ages six and up is now back in operation following a new mandate from the French authorities. Prior to this latest change, the guidelines required Disney Guests 11+ to wear a face-covering while visiting Disneyland Park, Walt Disney Studios Park, and Disney Village and on select attractions.

The Disney vacation destination is also facing Cast Member strikes and protests. Disney Hotel, Disney’s Newport Bay Club, saw housekeeping staff go on strike last month, leaving “kids sleeping on the floor”. This incident was later followed by protests by the CGT union in front of the Sleeping Beauty Castle attraction in Disneyland Park with the central hub area eventually closed down for the demonstrations. Attractions like Space Mountain and Frontierland’s Big Thunder Mountain remained in operation at this time.

Mickey-shaped treats are so iconic that this news could overshadow the upcoming 30th-anniversary celebrations at the Disney theme park and the imminent arrival of Disney’s second Avengers Campus featuring Marvel characters.

At this time, no other reports of a Mickey Waffle cancellation have surfaced but this news out of Disneyland Paris is sure to be a big shock to Guests all around the world.

What do you think of this Mickey Waffle news? Let us know in the comments down below!