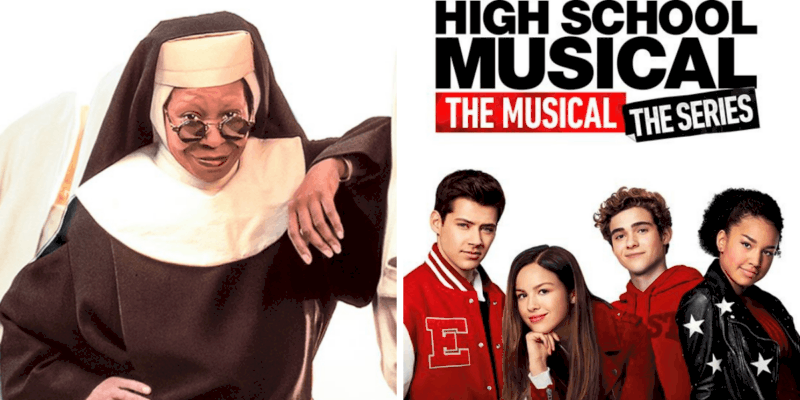 The third installment of Sister Act was announced all the way back in 2018, and it seems the Disney+ original movie is finally getting some direction.

According to Deadline, Sister Act 3 looks to finally be gaining traction in getting Whoopi Goldberg back in her habit, with some added High School Musical creativity at the helm.

Tim Federle has been brought on to direct the musical comedy sequel, with Madhuri Shekar writing the script. Whoopi Goldberg will reprise her role as the eccentric Deloris, the nightclub singer turned nun, and will also produce the pic along with Tyler Perry. Tom Leonardis is also producing.

Federle has already proven to be successful at Disney, creating and executive producing the acclaimed television show High School Musical: The Musical: The Series on Disney+, starring Olivia Rodrigo and Joshua Bassett. The show is currently entering its third season on the streaming service.

His next project will be Disney+’s new musical comedy, titled Better Nate Than Ever, starring Friends star Lisa Kudrow.

The original Sister Act movie, which hit theaters in 1992, follows a Reno lounge singer who inadvertently ends up in protective custody in a convent after witnessing a mob hit. The film also featured Maggie Smith, Kathy Najimy, Wendy Makenna, Mary Wickes, and Harvey Keitel. A sequel was released in 1993.

In addition to Sister Act 2: Back in the Habit, the original movie inspired a musical adaptation with music by Alan Menken and lyrics by Glenn Slater. After premiering in California, the musical was performed in London, on Broadway, and in various countries around the world.

As Disney continues to build up its original content on Disney+, the studio has been rebooting many old franchises, and after Goldberg showed interest in reprising the role, the sequel began taking form.

Plot details for this third installment are unknown at this time.

Future content being released soon on Disney+ includes the Marvel Studios television series Hawkeye, a documentary featuring original video footage and audio of The Beatles, and Lucasfilm’s production of The Book of Boba Fett.

Are you excited about another Sister Act movie? Let us know in the comments!

Comments Off on ‘Sister Act 3’ Gets ‘High School Musical’ Touch