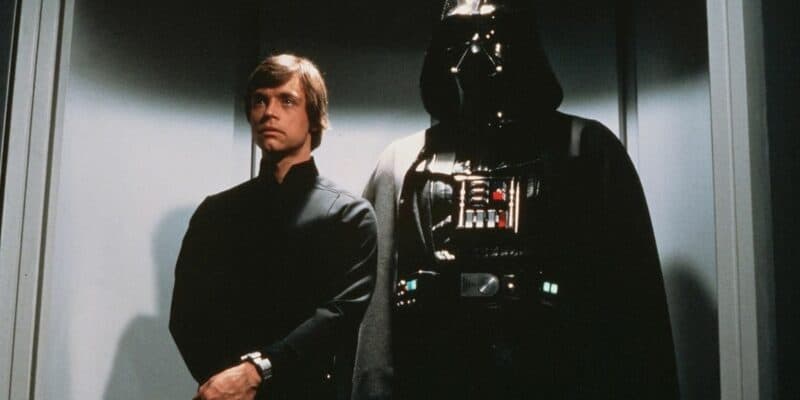 Star Wars fans recognize Luke Skywalker as one of the most peace-driven and level-headed Jedi in the Star Wars Universe, but a new detail from Star Wars reveals that the Jedi Master had the chance to kill Darth Vader right after The Empire Strikes Back.

Getting to see the full power of Emperor Palpatine (Ian McDiarmid) and the redemption of Vader, fans witnessed Luke’s internal struggles between the light and dark side of the Force.

Related: Strike Could Mean There’s “Not a Chance” ‘Mandalorian’ Releases Before 2023

In the end, Darth Vader dies after sustaining wounds from Luke Skywalker in combat and Palpatine while protecting his son from lightning bolts. By the end of the movie, fans see one of the greatest villains fade into memory.

In Marvel Comics’ Star Wars, however, it’s revealed that while defending Han Solo and the Millennium Falcon in a massive star fighter battle between the Sith Lord and Skywalker, the young Jedi got the jump on his father and almost used the opportunity to kill him.

In Star Wars #17 from Marvel’s Ramon Rosanas and Charles Soule, Vader surprise attacks Skywalker after submerging from the polar sea on Jekara, where the syndicate group Crimson Dawn was selling off Han Solo.

In previous issues of War of the Bounty Hunters and its tie-in issues, Darth Vader threatened to kill Solo in his carbonite prison unless Luke came before him. While Leia had wanted Luke to rise to the challenge and face the Sith Lord, the young Jedi did not feel ready considering his recent defeat at the hands of Vader in Empire Strikes Back, combined with the reveal that the Sith Lord is his father. As a result, Luke chose to call Vader’s bluff, challenging him to take to the skies in his TIE fighter to pursue Luke in his X-Wing instead. Vader surprisingly complied, pursuing his son with the intent to kill.

Luke Skywalker, whose pilot skills rival that of his father’s, quickly turns the tables and forces Vader to crash land.

Luke is given the perfect shot to blast Vader in his X-Wing, but as he soars closer to the Dark Lord, a blast never comes from Skywalker’s ship. Realizing that he’s not ready to take on Vader and considering the recent revelation of the Sith Lord being his true father, Luke Skywalker leaves Vader without a scratch.

While Darth Vader is one of the deadliest Force users and highly dangerous with his lightsaber, deflecting blast shots from four Taim & Bak KX9 laser cannons would most likely kill him.

Seeing this side of Luke Skywalker solidifies that he can separate decision-making from emotions, something that Anakin Skywalker failed at in the prequel trilogy with Obi-Wan Kenobi (Ewan McGregor).

While fans never witnessed this epic battle on the big screen, reading deeper into Luke Skywalker’s journey to becoming a Jedi Master reveals that the Rebel hero had more internal struggles than initially realized.

Watch more Star Wars stories unfold this December with The Book of Boba Fett, from The Mandalorian showrunner Jon Favreau, executive producer Dave Filoni, and one of the directors Robert Rodriguez.

Do you think Luke Skywalker made the right choice? Let us know in the comments below!