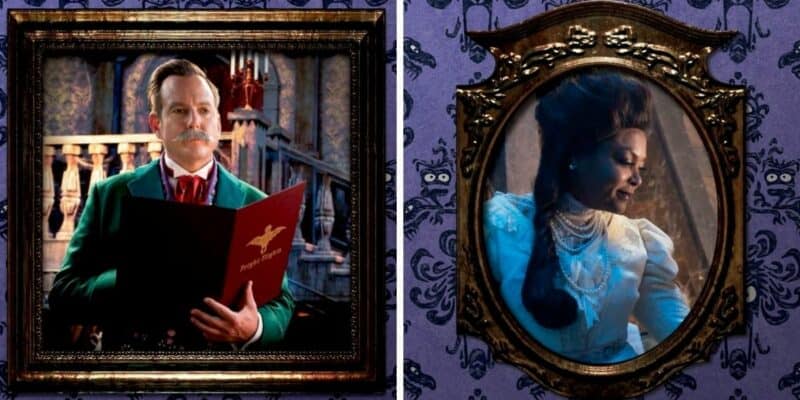 We are getting closer and closer to the highly anticipated release of Muppets Haunted Mansion — a movie that will combine some all-time favorite Muppets and one of Disney’s most popular attractions. Muppets Haunted Mansion will premiere on Disney+ on October 8, so there’s plenty of time to binge-watch before spooky season ends.

Over the past few weeks, Disney has been revealing some big names that will be a part of the star-studded cast — and now two of the most prominent Haunted Mansion characters have been revealed!

Fans of the Disney attraction will know that the two most well-known characters on the Haunted Mansion are the Ghost Host, who narrates the trip through the mansion, and consummate bride, Constance Hatchaway — famous for her multiple husbands who all seemed to lose their heads.

The Muppets official Instagram account revealed that Will Arnett would be playing the Ghost Host and Taraji P. Henson will play Constance.

Please welcome your host – your Ghost Host: @arnettwill! Our cast of creepy characters is so good… it’s scary! Join us, if you dare, in #MuppetsHauntedMansion, an Original Special, streaming October 8 only on @disneyplus. #Hallowstream

And of course it wouldn’t be Haunted Mansion without our favorite bride — Constance! The Muppets announced that Taraji P. Henson will play Constance via their Instagram along with the caption:

Here comes the Bride… @tarajiphenson has been unveiled as Constance Hatchaway! 🪓 There’s room for one more happy haunt to be revealed for #MuppetsHauntedMansion, an Original Special, streaming October 8 only on @disneyplus. #Hallowstream

However, that was not the only casting that was announced for Muppets Haunted Mansion. It was also revealed that Yvette Nicole Brown will play the hearse driver. The driver is not really an official character on the ride, so it will be interesting to see how Brown brings this new character to life. Brown will also star as a villain in Disney’s Enchanted sequel, Disenchanted, which recently wrapped up filming.

John Stamos will also make a special appearance in the fun Halloween movie. Stamos — a massive Disney fan — will join Brown, along with Imagineer Kim Irvine — the daughter of the original Madame Leota — and Darren Criss who will play the Haunted Mansion’s groundskeeper. Together, this acting team will make up what Disney has called “The Boo Crew”.

Be sure to check out Muppets Haunted Mansion when it premieres on Disney+ on October 8. The movie will be available to all Disney+ subscribers.

Who are you most excited to see in Muppets Haunted Mansion? Let us know in the comments!