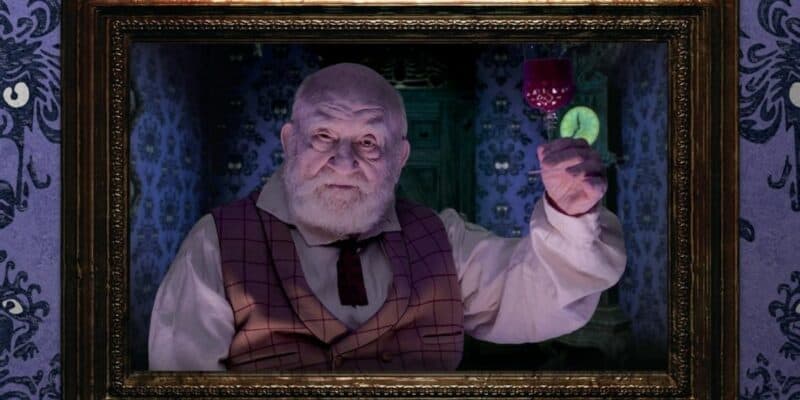 Muppets Haunted Mansion is set to take the streaming world by storm when it premieres on Disney+ on October 8. The movie will combine a Guest favorite attraction with some of their favorite Muppets, as well as a number of beloved celebrities. One celebrity’s appearance may make people a little more emotional than others.

A very special cheer to our good friend Edward Asner! Celebrate his cameo in #MuppetsHauntedMansion and more surprise guests to be revealed soon. The Original Special starts streaming October 8 on @DisneyPlus. #Hallowstream

A very special cheer to our good friend Edward Asner! Celebrate his cameo in #MuppetsHauntedMansion and more surprise guests to be revealed soon. The Original Special starts streaming October 8 on @DisneyPlus. #Hallowstream pic.twitter.com/kdovJT1ZVS

While Asner may be well known for his role as Lou Grant in The Mary Tyler Moore Show, for Disney fans he is most known for his role of Carl Fredricksen in the 2009 film UP. Asner also reprised that role in the Disney+ series Dug Days, which came out just a few days after the actor’s death.

Muppets Haunted Mansion will also feature a number of other famous faces including Wheel of Fortune host Pat Sajack, Danny Trejo, Craig Robinson, Chrissy Metz, Alfonso Ribeiro, and Darren Criss. While most of the actors will play singing busts and portraits on the haunted walls, Criss will play the Groundskeeper.

Here is more information on the fun new film coming to Disney+ just in time for Halloween.

The Great Gonzo – world famous daredevil artiste, has done it all, seen it all, and survived it all. But on Halloween night, the fearless Gonzo takes on the greatest challenge of his life by spending one very daring night in the most grim grinning place on Earth …The Haunted Mansion. Inspired by all four of the iconic Disney Haunted Mansion attractions located across the globe at various Disney Parks, the “Muppets Haunted Mansion” includes many hidden easter eggs for Disney fans and “Muppet-ized” sets and props that help immerse viewers in the storytelling experience. This marks the Muppets’ first-ever Halloween special and features three new original songs, “Rest In Peace,” “Life Hereafter” and “Tie The Knot Tango”, a star-studded Muppets cast, celebrity cameos, and spooky fun for families to enjoy together.

Muppets Haunted Mansion will be available to all Disney+ subscribers beginning on October 8. If you are not a Disney+ subscriber but would like to become one, you can do so by clicking here or visiting the Disney+ website.

Are you happy to hear that Ed Asner will be making a special appearance in Muppets Haunted Mansion? Let us know in the comments!