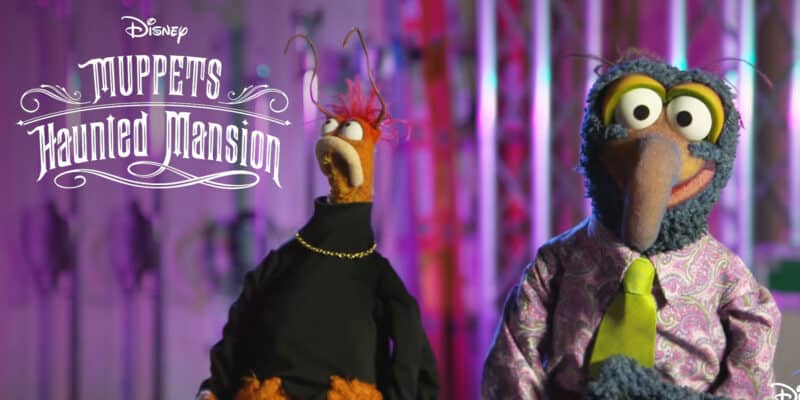 Wait…what? Yes, you read that right. The Muppets will soon be taking over one of the most popular attractions Disney has ever made and will give it their own Muppet Twist. Muppets Haunted Mansion will feature all of your favorite Muppets, including Kermit, Miss Piggy, Gonzo, Fozzie Bear, and more!

And now, Disney has finally given us a Muppets Haunted Mansion premiere date!

Muppets Haunted Mansion will be a part of the “Boo Releases” for Disney’s Hallowstream happening on Disney+ and will premiere on the streaming service on October 8. That is plenty of time to watch the new movie on repeat before it is time to go trick-or-treating!

In addition to announcing a premiere date for the highly-anticipated Muppets Haunted Mansion, Disney also released more information on what Guests can expect when they sit down to watch. Per Disney:

The Great Gonzo – world famous daredevil artiste, has done it all, seen it all, and survived it all. But on Halloween night, the fearless Gonzo takes on the greatest challenge of his life by spending one very daring night in the most grim grinning place on Earth …The Haunted Mansion.

Inpired by all four of the iconic Disney Haunted Mansion attractions located across the globe at various Disney Parks, the “Muppets Haunted Mansion” includes many hidden easter eggs for Disney fans and “Muppet-ized” sets and props that help immerse viewers in the storytelling experience.

What is really exciting about the movie is that it will incorporate aspects from all four versions of the Haunted Mansion found throughout the various theme parks around the world. Both Disneyland and Walt Disney World have what they refer to as the Haunted Mansion — although they do have their own fun variations that make each of them different — at Disneyland Paris, the ride is known as Phantom Manor and at Hong Kong Disneyland it is known as Mystic Manor.

Disney also recently announced that Glee star Darren Criss would also be joining that cast. Criss shared a photo of himself on Instagram and it looks as though he will be playing the brave, but also terrified groundskeeper who looks after the Haunted Mansion.

If you would like to prepare for all things Muppets and Haunted Mansion before the film premieres, you can watch this fun video of Uncle Deadly taking you on your very own tour of the Haunted Mansion attractions. Check out the adorably creepy video below.

Muppets Haunted Mansion will premiere on October 8 and will be available to all Disney+ subscribers. If you are not a Disney+ subscriber but would like to become one, you can do so by clicking here or visiting the Disney+ website.

Will you be watching Muppets Haunted Mansion when it premieres on Disney+ on October 8? Let us know in the comments!