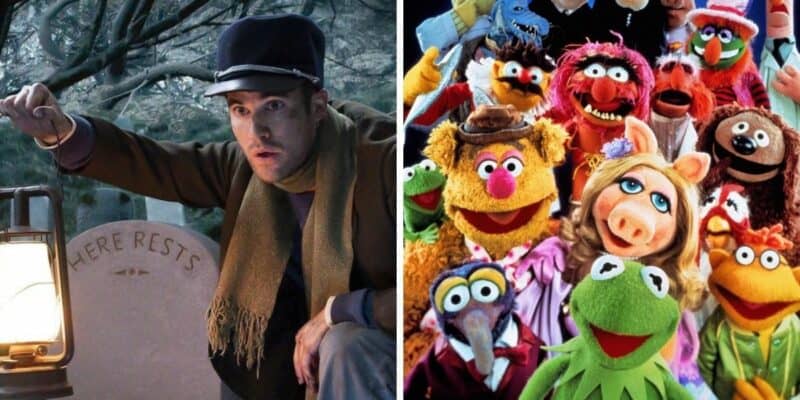 When it comes to Disney attractions that have a cult-like following, the Haunted Mansion ranks close to the top. Fans love the spooky, but not too scary ride, and all the merchandise and specials that come along with it. Disney fans also love The Muppets. So, when Disney announced that The Muppets would be starring in a Muppets Haunted Mansion special, fans were extremely excited.

Disney announced the exciting crossover back in early May as part of its Halfway to Halloween celebration. The announcement featured The Muppet, Uncle Deadly, as he took viewers on a trip through Haunted Mansion attractions found throughout Disney theme parks. You can watch the fun and spooky video below.

While fans were able to get hyped for the new ‘Muppets Haunted Mansion’ special by watching the video, details on what would actually be on the special were kept under wraps. However, we now know that Glee star Darren Criss will be a part of the special as the nervous caretaker of the Haunted Mansion.

Criss shared the news on his Instagram page on August 31.

Criss is known for his role as Blaine Anderson in the musical series, which ran from 2009 until 2015 — with Criss bring a part of the cast beginning in 2010. Since his Glee days, Criss has moved on to star in a number of other television shows and films, including American Crime Story (2018), Midway (2019), and Hollywood (2020).

Disney has not announced a premiere date for Muppets Haunted Mansion but has said that it will premier on Disney+ in fall 2021. If you just can’t wait until fall to get your Muppet fix, The Muppet Show, The Great Muppet Caper, Muppet Treasure Island, and more are all available to stream on Disney+.

Inside the Magic will let readers know when Muppets Haunted Mansion receives its highly-anticipated release date.

Are you excited to see Darren Criss join Muppets Haunted Mansion? Let us know in the comments!