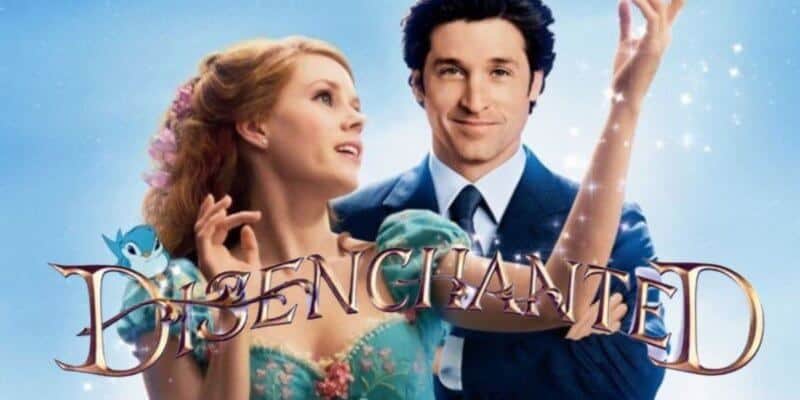 And they all lived happily ever after.

Or did they? That is what the sequel to the popular Disney film Enchanted (2007) will look at — happily ever after sounds great, but is it possible? Disenchanted — which takes place 10 years after the original film’s story — will see Giselle and Robert struggle to find their happiness as real-world problems affect their relationship. Giselle will wish for her fairy tale life, and the wish will send her real world, and her animated home of Andalasia, into total chaos.

Enchanted fans have been demanding a sequel for years and finally had their wish granted in December 2020, when Disney announced that a sequel was coming and would begin filming in the Spring. It was also announced that Amy Adams, Patrick Dempsey, James Marsden, and Idina Menzel would be reprising their roles as Princess Giselle, Robert, Prince Edward, and Nancy Tremaine, respectively.

Things moved quickly after that, with casting announcements coming fast and furious — including the news comedian powerhouses Maya Rudolph and Yvette Nicole Brown were cast as villains. It was also revealed that Idina Menzel would be receiving the solo number she was denied in the first film, and that the movie would be released on Disney+ sometime in 2022.

Well, now we have even more exciting movie news to share! Disenchanted director Adam Shankman shared on his Instagram that the movie has finally wrapped filming!

Myself and Giselle…errrr….@amyadams would just like to say: And that’s a wrap.
#Disenchanted
Coming to you in #2022
@disney @disneyplus @disneystudios

For princess-to-be Giselle, life is a fairy tale — until she’s banished from the animated land of Andalasia and thrust into the very unmagical, live-action world of modern-day Manhattan. When a cynical, no-nonsense divorce lawyer comes to her aid, little does he realize that this joyful, wide-eyed innocent is about to enchant him.

While Disenchanted does not have a release date at this time, one will hopefully come soon now that the film is moving to post-production.

Are you excited to see Disenchanted take such a big step forward? Will you be watching when it comes to Disney+? Let us know in the comments!