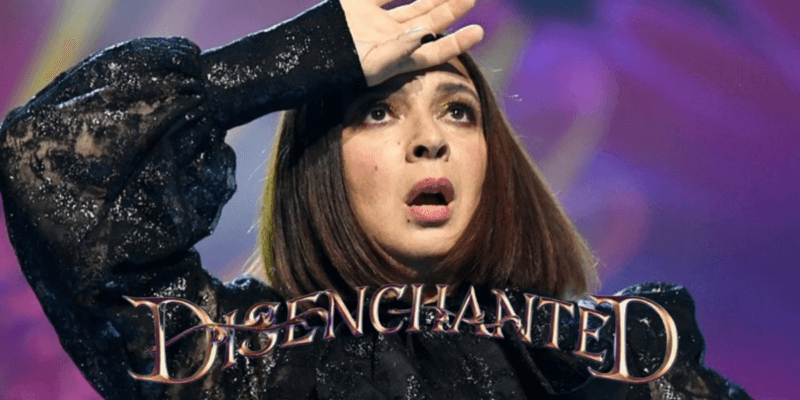 Last month it was confirmed in reporting from Deadline Hollywood that Maya Rudolph, Yvette Nicole Brown, Jayma Mays were all cast in roles for Disney’s newest sequel, Disenchanted. The three actresses would be joining the highly anticipated Enchanted sequel, along with a majority of Enchanted‘s original cast.

Even though the three were confirmed as cast for the much-anticipated movie sequel, what roles they were going to play in the film were not confirmed. However, Maya Rudolph, in a recent interview, stated that she would indeed be playing a villain in Disenchanted.

In an interview with Variety, Rudolph said:

“If this had been 15 years ago and someone asked if I wanted to be the bad guy, I might’ve been like, ‘geez, I don’t know,’” she says. “But I’ve come to learn in my many years that the most fun thing to get to do is when you get to play The Most.”

She also recounted director Adam Shankman approaching her about taking on the part, and how gratifying it was to realize that he knew exactly why he wanted her for it. “It’s nice to be in a place work-wise where I feel like a lot of what I’ve done can speak for itself,” she says, “so I don’t have to explain who I am or what I do.”

Disney’s Enchanted first premiered in 2007 and starred Amy Adams as Giselle, an animated woman set to marry Prince Edward, who finds herself trapped in the real world (the film switches from animation to live-action). She meets the dashing divorce lawyer, Robert, and soon finds out that living in the real world with all of its real problems is not really all that bad and that true love can find you when you least expect it.

In the original film, the villain, Queen Narissa, was played by the incomparable Susan Sarandon. Sarandon has not been confirmed to return to the Disney sequel as her character *spoiler alert* fell off of a skyscraper and burst into glittery powder. However, movie fans of all ages know that that does not necessarily mean that she is gone forever.

Disenchanted was confirmed at the Disney Investor Day in December 2020, and since then, things have been moving along, with the announcement of Amy Adams and Patrick Dempsey returning to their roles as Giselle and Robert. James Marsden and Idina Menzel will also reprise their roles as Prince Edward and Nancy. E! News recently reported that both Amy Adams and Patrick Dempsey have been spotted in Ireland as filming is set to begin on the Enchanted sequel.

Are you excited to see Maya Rudolph as a villain in Disenchanted? Let us know in the comments!