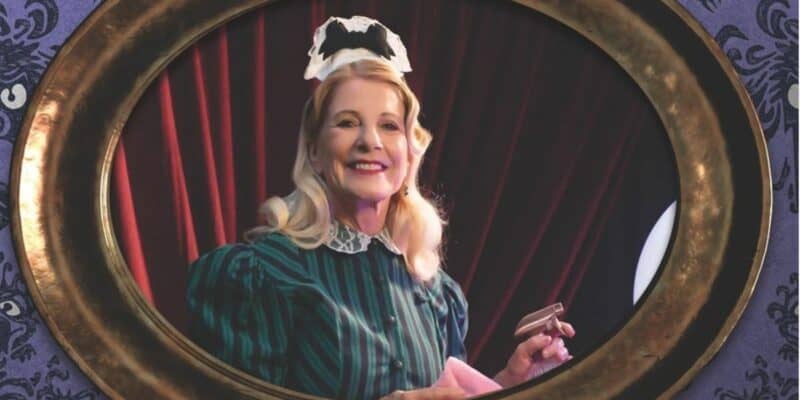 Over the past couple of weeks, Disney has been giving fans a lot more information about the highly-anticipated movie Muppets Haunted Mansion. Not only did Disney give the film a premiere date, but also announced that a number of celebrities will be in the film — including the late Ed Asner. And they have now revealed another special cameo, but this one may not be as well known, except to big Haunted Mansion fans and Disney fanatics.

One of the most well-known parts of the Haunted Mansion attraction is the room where Guests attend a séance hosted by Madame Leota — who is merely a head inside a crystal ball. What some may not know is that Madame Leota is actually based on Disney Imagineer Leota Toombs, whose face they used to create Leota. While Toombs left the Walt Disney Company to have a family, she came back when her kids were in school and worked on a number of famous projects, including “it’s a small world” and Walt Disney’s Enchanted Tiki Room.

One of Toomb’s daughters was named Kim, who is now a legendary Imagineer in her own right.

Kim Irvine grew up in the Disney family and became an Imagineer, working on a number of Disneyland projects — including brightening up Sleeping Beauty Castle and redesigning the Plaza Restaurant. Although her mother sadly passed away in 1991, her legacy lives on in the Haunted Mansion.

On September 14, Disney announced that Kim would join her mother in becoming part of Haunted Mansion history by having a special cameo in Muppets Haunted Mansion.

Happy haunts are materializing! Watch for Disney Imagineer Kim Irvine in a cameo role in #MuppetsHauntedMansion, an Original Special which begins streaming Oct. 8 on @DisneyPlus. #Hallowstream 👻

While it was only announced that Kim will make a special appearance, the picture shared by Disney shows her wearing the iconic Ghost Host uniforms that female Cast Members wear while working the attraction.

Muppets Haunted Mansion will premiere on Disney+ on October 8 and will feature a number of special celebrity cameos — which include Chrissy Metz, Danny Trejo, Alfonso Ribeiro, and Darren Criss as the Haunted Mansion groundskeeper.

Who are you most excited to see in Muppets Haunted Mansion? Let us know in the comments!