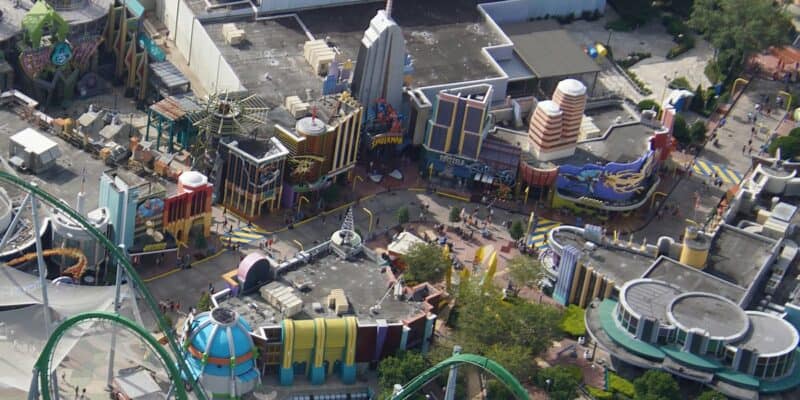 As school has resumed, we have seen wait times, and crowds at the Orlando theme parks drop dramatically, and Universal Orlando Resort has been no exception.

Even though Universal Orlando Resort has Halloween Horror Nights in the evenings, which bring in heavy crowds who are willing to spend their money on the food, merchandise, and specialty beverages created for the event, during the day the parks have been quiet for quite some time.

We have been tracking the wait times at both Universal Studios Florida and Islands of Adventure, and many attractions range from 5 minutes to 15 minutes; when this past summer, we would have seen over 60 minute waits at the very least. Even the newest attraction, Jurassic World VelociCoaster, has been seen at only a 15-minute wait, which is truly shocking. We were recently at the theme parks ourselves and were able to walk right onto The Incredible Hulk Coaster (it was pretty incredible, if we say so ourselves).

Considering this summer saw shoulder-to-shoulder crowds at times, as Universal Orlando Resort no longer has capacity restrictions, seeing those crowds instantly disappear has been a significant change. Recently, photographer Biocreconstruct (@bioreconstruct) took some aerial shots of Marvel Super Hero Island in response to the March photos that were previously taken last year when the parks were closed.

As you can see below, it almost seems as if there is barely a difference in the photos as there are not too many Guests walking through the land in the second. Some parts of the land are completely empty!

Bioreconstruct also took an aerial photo of Universal Studios Florida. The Park looked so empty at first, we had to zoom in to ensure that there were actually Guests in the Park!

The aerial shot is a visual representation of the low wait times we have been seeing, and now we know exactly why they have been so low! There is a chance that crowds will once again increase closer to Halloween and then again for the Christmas holidays. With the Delta variant spreading ferociously as of late, we have also seen some Guests cancel both Disney and Universal vacations altogether, as well.

What do you think of these non-existent crowds at Universal Orlando Resort?