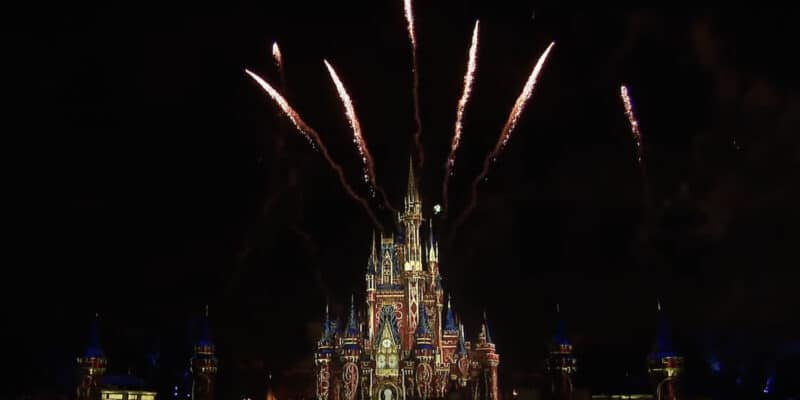 Related: Tinker Bell’s Flight… How Does She Do It?

Perhaps the best part of Happily Ever After, and a scene that Guests who are familiar with the show look forward to with every Disney trip, involves Tinker Bell taking flight above Magic Kingdom. As Guests hear the lines “We all have the courage to fly!” and “You can fly, you can fly, you can fly!” sung during the final portion of the show, everyone’s favorite fairy Tinker Bell takes flight from Cinderella Castle and soars through the air, fluttering her wings and glowing in the night sky. This is a moment that is so magical and treasured, and it’s something that makes Happily Ever After such a special show.

As mentioned, Happily Ever After will be leaving Magic Kingdom very soon. The show’s final performance is on September 29, and two days later an all-new show called Disney Enchantment will debut in honor of Walt Disney World Resort’s 50th anniversary, The World’s Most Magical Celebration. Disney Enchantment is expected to run nightly from October 1 onward (the 50th anniversary celebration lasts a full 18 months). But will it feature Tinker Bell?

The answer is yes! Disney confirmed not long ago that Tinker Bell will, in fact, be part of Disney Enchantment, and with Happily Ever After coming to a close and Disney Enchantment premiering soon, we wanted to be sure our readers were reminded of this happy news.

Below is what Disney shared in a press release about the new firework show at Magic Kingdom:

The journey builds to a crescendo as Tinker Bell takes flight and spreads shimmering gold pixie dust over the park, empowering everyone to believe in themselves and the magic all around them.

Are you happy that Tinker Bell will be part of the Disney Enchantment fireworks? Let us know in the comments!

Comments Off on Happily Ever After Is Leaving Magic Kingdom, But Tinker Bell Is Here to Stay!