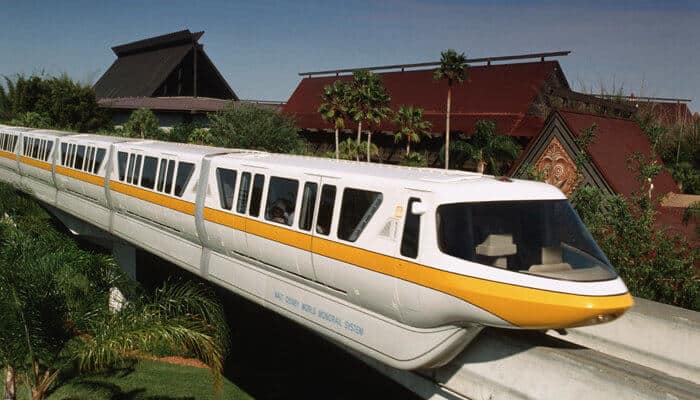 There are several options for transportation at Walt Disney World Resort, including the Disney buses, Disney Skyliner, Disney watercraft, and the Disney Monorail system. The Magic Kingdom area Resorts (including Disney’s Contemporary Resort, Disney’s Polynesian Village Resort, and Disney’s Grand Floridian Resort) are extremely popular among Disney World Guests as they offer Monorail transportation to and from Magic Kingdom. However, sometimes, due to unforeseen circumstances, Disney’s Monorail transportation system can suffer breakdowns, leaving Guests onboard waiting to be evacuated.

Today, a power outage led to the breakdown of the Monorails servicing the Disney Resort hotels and Magic Kingdom Guests.

GooToYou! shared about the power outage at Disney’s Polynesian Village Resort on Twitter:

We were in the gift shop and the doors slowly started to close. Not sure what’s happening

Looks like power was also lost for monorail gold right next to poly pic.twitter.com/VRda5U5utg

Several other Disney Guests took to social media to share what was going on. They reported that Monorails (including Monorail Green, Monorail Gold, and Monorail Yellow) were stuck and Guests were left stranded within the Monorail train vehicles, waiting for Disney Cast Members to get them to safety.

Guests were allowed to remove the windows on the Monorails to allow for airflow, and it was reported that Guests on land could hear some of the stranded Guests shouting for help and asking to be evacuated as soon as possible.

Pretty big power outage in the MK area. Everything was down in the Polynesian for awhile and even when that came back monorail is still stuck. That guy there said it’s been about 40 minutes and they were going to get ladders to get them. #monorail #DisneyWorld #MagicKingdom

Pretty big power outage in the MK area. Everything was down in the Polynesian for awhile and even when that came back monorail is still stuck. That guy there said it's been about 40 minutes and they were going to get ladders to get them. #monorail #DisneyWorld #MagicKingdom pic.twitter.com/2GUCxIc5Qe

Another Guest visiting Walt Disney World, Chris, shared the following video of the experience being stuck on the Monorail:

Disney fan Brooke also shared her disappointment with the situation on social media:

Some Monorails were towed back to a station in order to allow Guests to evacuate. Others were able to begin running again. Since the power outage occurred, Guests have been able to disembark the Monorails safely.

Although Walt Disney World Resort is The Most Magical Place on Earth, real-world mishaps can happen, and breakdowns can occur due to unforeseen circumstances. In these instances, Disney Cast Members try their best to accommodate and get Guests to safety as efficiently as possible. Getting stuck on a Monorail in the summer Florida heat is not ideal for anyone’s vacation, but we are glad to know that Guests have been transported to safety.

If you ever have any concerns while you are on your Disney vacation, be sure to find the nearest Cast Member or reach out to Disney Guest Services.

For more information on the Walt Disney World Resort Monorail system, read the description below, courtesy of the Disney World website:

Ride High in the Sky

Due to refurbishment work at the Great Ceremonial House, monorail service to Disney’s Polynesian Village Resort is temporarily suspended.

The Epcot Monorail and the Express Monorail originate at the TTC and offer express round-trip service to Epcot and Magic Kingdom park.

The Walt Disney World Monorail System operates from 30 minutes prior to earliest park opening until one hour after latest park closing. Please note that glass containers of any type are not permitted on the monorail. Medical strollers for Guests with disabilities will be treated as wheelchairs.

Stay tuned to Inside the Magic for the latest Disney news and updates!