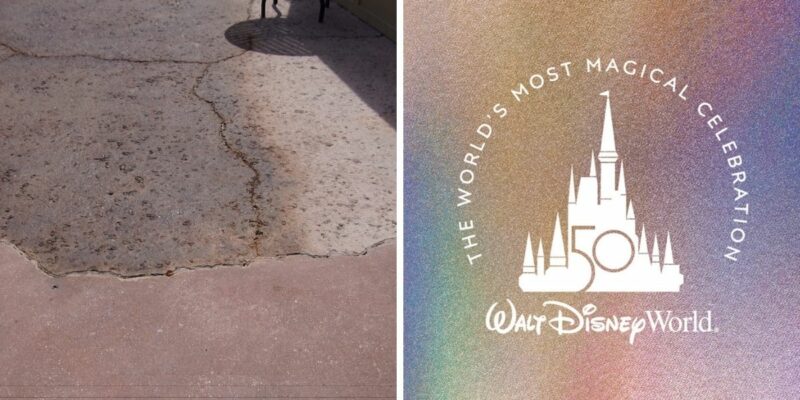 We are just days away from the start of Walt Disney World’s 50th anniversary! Kicking off on October 1, 2021, and running for 18 months, “The World’s Most Magical Celebration” will bring magic to Guests like never before.

As we inch closer to October 1, we have seen Disney Imagineers and construction workers getting the Parks ready for this big milestone, including repainting several Magic Kingdom attractions and other areas of the theme parks. Now, we are seeing Disney World continuously changing the pavement inside the Parks.

Related: Disney World’s Tomorrowland Is Getting a Major Update

Bioreconstruct took to Twitter to share some photos of new pavement being installed at the theme parks in Disney World. For starters, we can see that the pavement near the France pavilion in EPCOT has a new sealant. Per bioreconstruct:

Seems like Walt Disney World is continually changing theme park pavement. A new section near EPCOT France pavilion seems to have a sealant.

Bioreconstruct also shared a photo of pavement staining in progress near the Morocco pavilion. They shared:

It seems as though Walt Disney World is really trying to get the Parks ready for the 50th anniversary, which kicks off in just a few days.

Are you going to visit Walt Disney World for the 50th anniversary celebration? Let us know when your next trip is planned in the comments below.