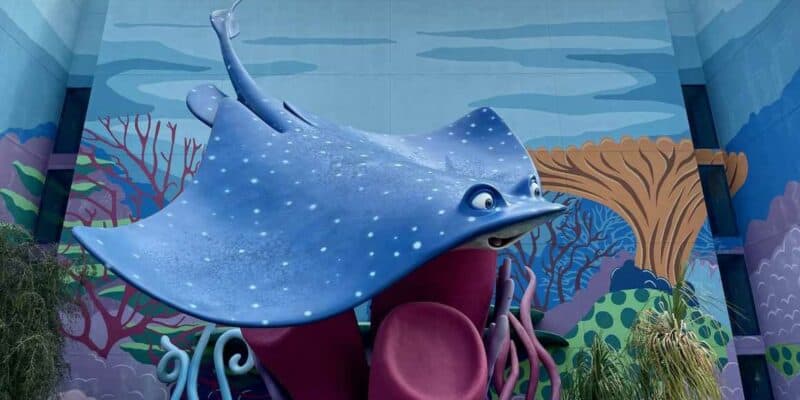 Walt Disney World Resort’s Disney’s Art of Animation Resort hotel is popular with Guests for a number of reasons.

It is the most “Disney-themed” Resort at Disney World, with characters from a number of Walt Disney Animation Studios and Pixar Animation Studios films — like The Lion King (1994), The Little Mermaid (1989), Cars (2006), and Finding Nemo (2003) — featured throughout the property.

Related: Fan-Favorite Disney Resort Is Getting Updates Before Reopening

Now, one area of Disney’s Art of Animation is undergoing a fairly big makeover. The Lion King area of the Resort hotel has had a great deal of its landscaping removed and there are cranes onsite for construction.

As you can see below, numerous trees and plants have been cleared for the ongoing project.

At this time, Disney has not officially announced when the cleared area will be restored.

Related: How Disney Is Improving the Guest Experience at Select Resorts

Furthermore, Guests entering the building that is under construction must go through a temporary walkway in order to reach their hotel rooms.

Again, an end date for the construction at Disney’s Art of Animation Resort has not been announced, so if you plan to stay at this hotel soon — perhaps for Disney World’s 50th anniversary celebration! — be prepared (as Scar would say) for The Lion King section to look different than you’re used to.

Disney’s Art of Animation is officially described as:

Are you staying at Art of Animation soon?