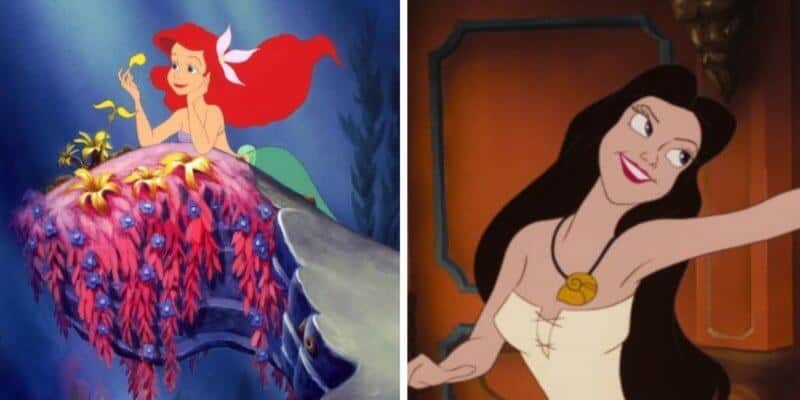 When it comes to the classic animated Disney films, the voice actors who have brought our iconic and fan-favorite characters to life are just as beloved as the cartoon characters themselves!

When it comes to The Little Mermaid, almost any Disney fan can tell you that Jodi Benson is the voice of Disney Princess Ariel. The actress’s flawless voice has been ingrained in so many of us since we were kids and will continue to charm future generations for years to come. Interestingly enough, however, the “Part of Your World” singer was not just the voice of the red-headed princess.

If you have seen The Little Mermaid — if not, go watch it now because spoilers are ahead — you know that Ursula transforms into the beautiful-looking Vanessa to attempt to win over Prince Eric’s heart, so that Ariel will fail her quest and lose her voice forever. But when we see Vanessa on screen, it is no longer Pat Carrol voicing the undercover Ursula.

Related: OpEd: It is Time to Close “Voyage of the Little Mermaid”

Logan H, who runs an Instagram related to all things The Little Mermaid (@whatdoyousuppose on Instagram) created a video that highlighted the fact that Jodi Benson is actually voicing her own nemesis in the film! It seems that Benson had to take some lessons from Carrol to nail the Ursula cackle, which was necessary considering how iconic the laugh is to the Disney villain.

If you want a little more information or a refresher on Vanessa, Disney Fandom explains her as:

Vanessa was the name of the human persona that Ursula transformed into leading to the climax of the second act, creating conflict in the third act, “the end” of The Little Mermaid to stop Ariel from fulfilling the deal with Eric. She was the sly fiancée of Prince Eric for a day, an attractive woman who briefly becomes the center of the plot and became a fan favorite character

So now, if you are in the mood to snuggle up on a couch, microwave some movie theater-style popcorn, and turn on Disney+ to re-watch The Little Mermaid with Sebastian and Flounder by your side, definitely cave into that feeling! You can enjoy the brilliant music of Howard Ashman and Alan Menken while you watch the film and sing along! And while you watch, make sure you pay attention to what Jodi Benson does as Vanessa to still give her voice an Ursula quality while trying to sound like dainty Ariel.

Did you already know that Jodi Benson voiced Vanessa in The Little Mermaid?