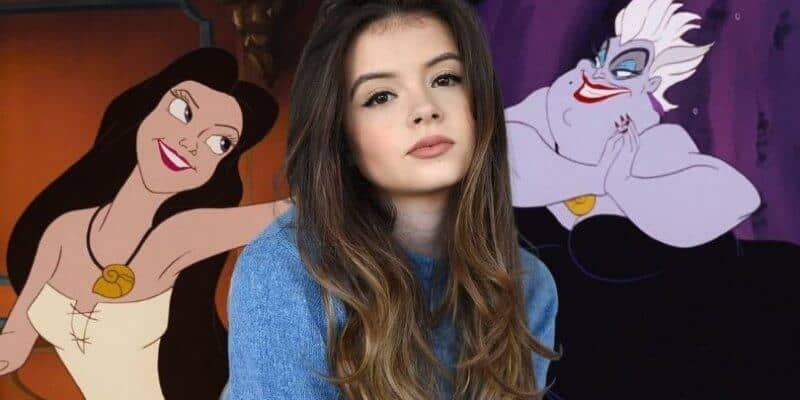 The actress from one of Netflix’s hottest shows Cursed has just joined the cast of Disney’s live-action remake of The Little Mermaid. The 25-year-old actress Emily Coates, who portrays villainous nun Sister Iris in Cursed, is now trading her habit for a spotlight “under the sea”!

According to The DisInsider, the live-action production team is keeping Coates’s exact role under wraps. But, according to the website’s sources, there is a chance that Coates is being cast as Sea Witch Ursula’s (Melissa McCarthy) human form, Vanessa.

This comes after Kacey Musgraves passed on the part of Vanessa. Coates could also be a better fit since she is closer in age to the other actors cast for the roles of Arie (Halle Bailey, 20) and Prince Eric (Jonah Hauer-King, 25).

So far, here this is the full list of actors and actresses that will be playing parts in Disney’s upcoming Little Mermaid adaptation:

Related: OpEd: It is Time to Close “Voyage of the Little Mermaid”

Could you see Emily Coates as Vanessa? What are you most excited about Disney’s The Little Mermaid live action remake? Let us know in the comments below.