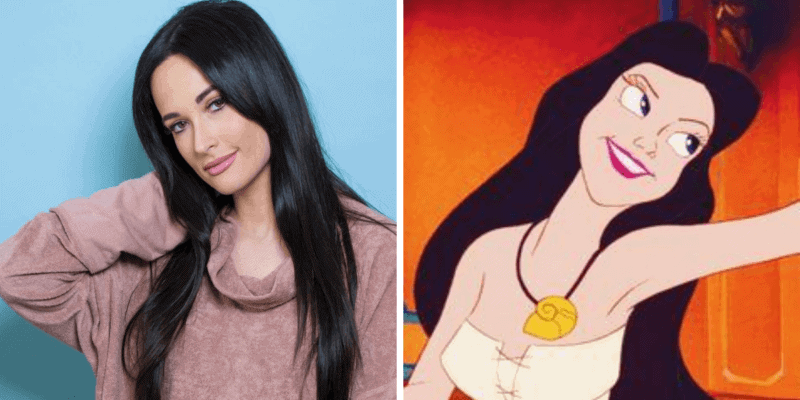 As time goes by, we are learning more and more about Disney’s upcoming live-action remake of the animated classic The Little Mermaid.

So far, it looks like we know who is going to play Ariel, Prince Eric, King Triton, Ursula, Sebastian, Flounder, and Scuttle. And now it appears that we now know who Disney wants to play Ursula’s gorgeous alter-ego, Vanessa.

According to the Disinsider, Disney has reportedly had Zoom meetings with Grammy-award-winning singer-songwriter Kacey Musgraves in the hopes she will be playing the would-be femme-fatal that sabotages Ariel’s chances of getting Eric to kiss her before the sunsets on the third day. However, there is no word what progress those Zoom calls have made.

If Musgraves joins the cast, it will not be her first experience working with Disney. She already recorded her own version of “All Is Found” for Disney’s Frozen II soundtrack as well as a cover of “A Spoon of Full Sugar” from Mary Poppins.

Disney’s The Little Mermaid is just the latest of a large collection of Disney remakes, following Mulan and preceding the Peter Pan remake, Peter and Wendy. These remakes have been met with mixed opinions from fans.

Only time will tell who gets one of the remaining roles, and if Disney will be able to begin filming in London.

What do you think about Kacey Musgraves playing Vanessa? Do you think she is right for the part? If not, who do you want to see play her? Let us know in the comments!