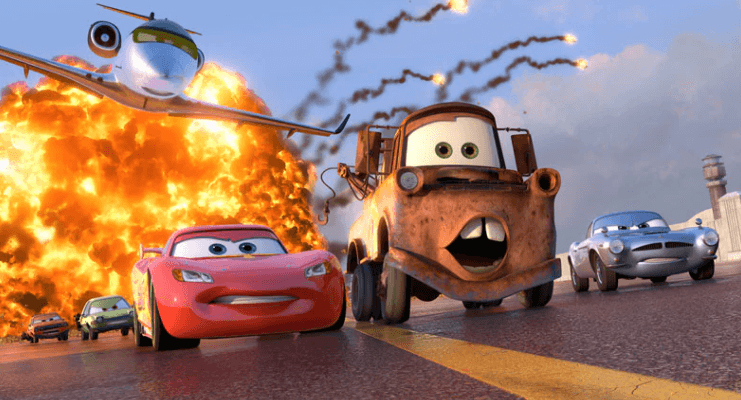 Buckle your seat belts, Disney fans! Walt Disney Studios Park at Disneyland Paris is getting a new attraction when it reopens. The ride, called Cars Road Trip, will take Guests on an exciting journey with characters from the Cars franchise!

Disneyland Paris Guests would board a tram near a Hollywood sign and enjoy the sites of a backstage studio tour and movie sets within Hollywood Boulevard and Catastrophe Canyon.

At the European Disney park, Disney Imagineers decided it was time to retheme the Studio Tram Tour and replace it with a new Cars theme called Cars Route 66. This was originally announced in 2019. Catastrophe Canyon will still remain, but with a new attraction featuring some Cars characters.

Unfortunately, due to the ongoing pandemic, Disneyland Paris remains closed due to French government regulations. No reopening date has been set, which means the original 2020 opening date for Cars Route 66 has been pushed back indefinitely.

In the video, Beth Clapperton from Walt Disney Imagineering explained the story behind the all-new experience called Cars Road Trip — the ride was previously known as Cars Route 66 Road Trip:

Cars Road Trip Is a new very attractive attraction, which is based on the legendary Route 66, and the story Cars. We are welcomed by Sally and Cruise, and some of Pixar’s other animated characters, and they will come with us on the journey. We’ll see what attractions are a bit crazy, on the journey along this famous road.

You can check out a previous video of construction on the attraction below:

Clapperton also commented that this new ride will be friendly for all ages and, as part of the the transformation, Guests will notice a truck from Dinoco in the former Studio Tram Tour area, Catastrophe Canyon:

It’s very family-based, and a makeover has also been carried out of Catastrophe Canyon which was the highlight of the former attraction. It has been made over with a new character and a new message.

You can watch the full video below:
Although Disneyland Paris has not announced its opening date for Disneyland Park and Walt Disney Studios Park, Guests can surely be excited for this new Cars attraction. Be sure to check out the entire video below for more information on new rides, lands and reliving old history.
Are you visiting Disneyland Paris and Cars Road Trip when it reopens? Let us know in the comments below!
Do you need some help planning your next Disneyland Paris getaway? Our friend’s Academy Travel is EarMarked Diamond and can guide you to your next Disney adventure!