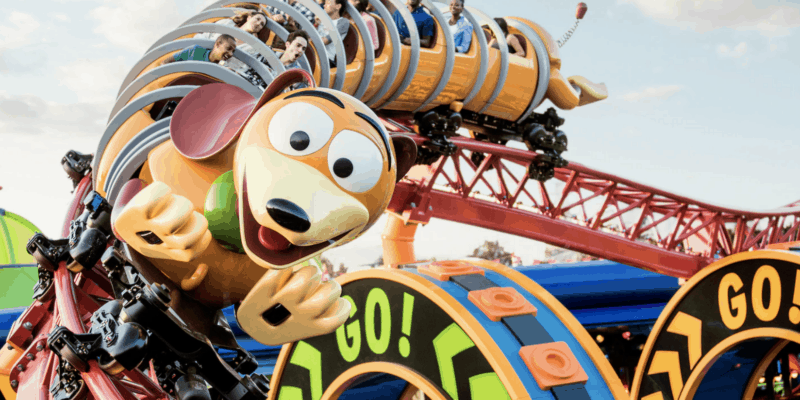 Star Wars: Rise of the Resistance has been temporarily interrupted. On average, an interruption takes 61 minutes.

At the time of publication, the Galaxy’s Edge ride has not yet reopened to Guests.

Also at 9 a.m., Slinky Dog Dash was reported to be down:

Slinky Dog Dash has been temporarily interrupted. On average, an interruption takes 52 minutes.

The Toy Story Land ride has since reopened to Guests.

Slinky Dog Dash has been reopened after an interruption of 11 minutes. https://t.co/bpADVJUJ4T #HollywoodStudios #WDW #WaltDisneyWorld #DisneyWorld

It is important to remember that Walt Disney World Resort Cast Members do everything in their power to keep rides and attractions at all four Disney World theme parks — Magic Kingdom, EPCOT, Disney’s Hollywood Studios, and Disney’s Animal Kingdom — operational all day, every day.

However, unexpected downtime does sometimes occur due to mechanical problems and general maintenance. If you are at Disney World today — and if you have an early Rise of the Resistance boarding group that could be impacted by the ongoing closure — check the My Disney Experience app for the latest ride closure updates and wait times.

Andy’s assembled his Mega Coaster Play Kit—and Slinky Dog is taking you on a wild ride. Slinky Dog’s springy coils stretch to the limit as you bend around curves, zoom up hills and drop back down.

A spring is a marvelous thing—and this attraction is wonderful fun for the entire family!

Disney’s official description of Rise of the Resistance reads:

Are you at Disney’s Hollywood Studios Park today?