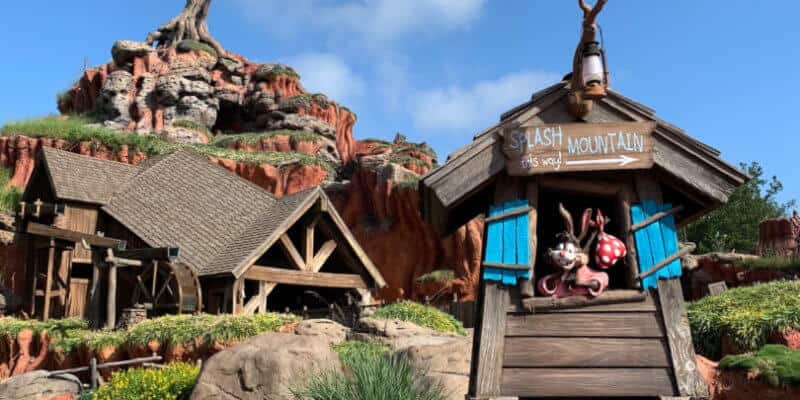 Magic Kingdom Park at Walt Disney World Resort opened at 8 a.m. EST today, but Guests who were at the theme park for rope drop were unable to ride two popular attractions first thing this morning.

Neither Splash Mountain nor The Magic Carpets of Aladdin opened with the Park today. WDW Stats on Twitter confirmed the closures.

First, at 8 a.m. on the dot, The Magic Carpets of Aladdin temporarily closed:

The Magic Carpets of Aladdin has been temporarily interrupted. On average, an interruption takes 47 minutes.

The Magic Carpets of Aladdin has been temporarily interrupted. On average, an interruption takes 47 minutes. https://t.co/VfZOJqys7L #MagicKingdom #WDW #WaltDisneyWorld #DisneyWorld

Splash Mountain has been temporarily interrupted. On average, an interruption takes 121 minutes.

At the time of publication, the log flume has not reopened.

Keep in mind that Walt Disney World Resort Cast Members do everything they can to keep rides and attractions at all four Disney World theme parks — EPCOT, Magic Kingdom, Disney’s Animal Kingdom, and Disney’s Hollywood Studios — operational all day, every day.

However, sometimes, unexpected downtime does occur due to mechanical issues or general maintenance. If you are at Walt Disney World Resort today, check the My Disney Experience app on your smartphone for the latest ride closure details and wait times.

More on The Magic Carpets of Aladdin

Disney officially describes The Magic Carpets of Aladdin as:

Climb aboard a colorful, 4-passenger flying “rug” and take off into the air to the soothing sounds of Middle Eastern music. Soar around a giant genie bottle and magic lamp and enjoy a new view of the colorful bazaar below.

Related: When Will ‘Princess and the Frog’ Take Over Splash Mountain?

Are you at Magic Kingdom today?

Comments Off on Magic Kingdom Opens Without TWO Popular Rides