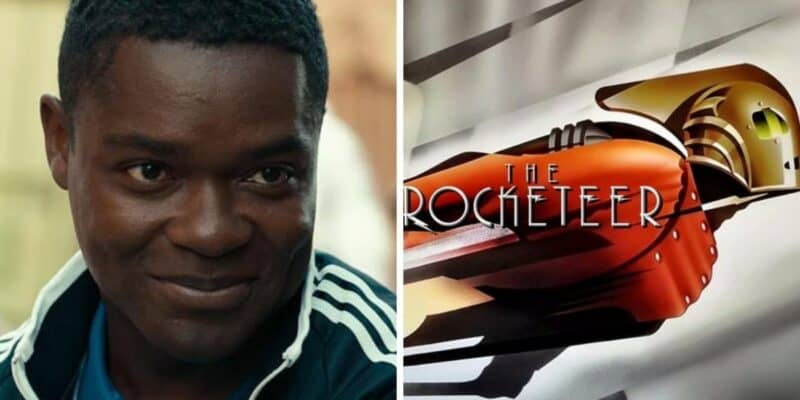 Disney’s Rocketeer sequel has found its producer, and it’s someone who has a great history with the Walt Disney Company. On August 30, Disney announced that David Oyelowo and his production company, Yoruba Saxon Productions, would be producing the film for Disney. There is also a rumor that Oyelowo will have a starring role in the film, which will be called The Return of the Rocketeer.

News of Oyelowo and his production company taking the lead and working with Disney on The Return of the Rocketeer was first revealed by The Hollywood Reporter. According to THR:

David and Jessica Oyelowo are set to produce Walt Disney’s reboot of the 1991 action-adventure movie The Rocketeer.

The sequel The Return of The Rocketeer will be produced by the Oyelowo’s Yoruba Saxon Productions banner, with David Oyelowo possibly taking a starring role. Ed Ricourt is penning the screenplay, with Brigham Taylor also producing along with Yoruba Saxon.

Oyelowo has done a lot of work with Disney in a relatively short period of time. He starred alongside Black Panther (2018) actress Lupita Nyong’o in the 2016 movie Queen of Katwe. From there, he went on to star in A Wrinkle in Time (2018) alongside Oprah Winfrey and also joined the Star Wars Universe as the voice of Agent Kallus in Star Wars Rebels. Oyelowo was also the voice of Scar in Disney’s The Lion Guard.

Oyelowo has also worked with a number of Disney stars in other projects as well. Oyelowo starred in Chaos Walking (2021), where he worked alongside Tom Holland, who plays Peter Parker/Spider-Man in the MCU, and Daisy Ridley, most well-known for her role as Rey in the new Star Wars trilogy.

The Rocketeer first premiered in 1991, and it has been reported that Disney has been wanting to make a sequel for years, they just wanted to find the right way to bring a fresh look to the characters. For those who have not seen The Rocketeer, here is more information on the film from Disney:

The discovery of a top-secret jetpack hurls test pilot Cliff Secord into a daring adventure of mystery, suspense and intrigue. Cliff encounters an assortment of ruthless villains, led by a Hollywood screen star who’s a secret spy. With the help of his actress girlfriend, the young pilot battles enormous odds to defeat his foes, who are anxious to use the device in an evil plan to rule the world.

Disney has not announced when filming for The Return of the Rocketeer will begin or when they hope to release the movie. The original film is currently available to stream on Disney+.

Are you excited to see The Rocketeer sequel moving forward? Let us know in the comments!