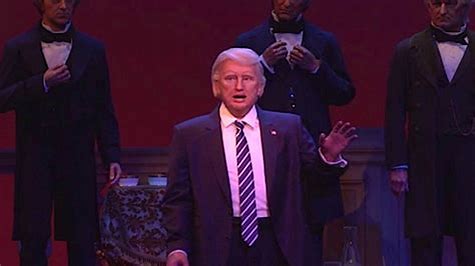 Walt Disney World has just released an update regarding Hall of Presidents at Magic Kingdom, including what happens to the animatronics after their presidential term has ended. More specifically, they released a statement about the fate of former President Donald J. Trump’s Audio-Animatronic, which has been a hot topic as of late.

If you aren’t familiar, Disney’s Hall of Presidents at Walt Disney World Resort brings Guests into a theater that showcases realistic Audio-Animatronics replicas of every President of the United States, all together for the very first time.

Shortly after President Joe Biden was elected, the Hall of Presidents shut down for refurbishment to add his Audio-Animatronic to the attraction. With this being said, fans began to once again demand Disney to remove the Trump animatronic from the theme park. Others disagreed and stated that the figure of former President Trump should remain in the attraction alongside all of the other former United States Presidents.

Well, Disney Parks Blog confirmed today that former President Donald J. Trump will remain in the Hall of Presidents alongside others who have previously served:

And for those who are curious about what happens to presidents at The Hall of Presidents after their term has ended, the Audio-Animatronics figure of former President Donald J. Trump will take its place on stage among those who have previously served.

2021 is not the first time fans started a petition to remove the Trump animatronic from Hall of Presidents. It’s no secret that the 2016 election was highly controversial, and Disney fans did not hold back voicing their opinions regarding Disney’s Hall of Presidents attraction at this time.

After Biden was elected President of the United States, fans on both sides took to Twitter to share their thoughts on the Trump Audio-Animatronic once again. However, Disney has now confirmed the fate of the Trump figure within the Hall of Presidents, and it will remain inside the attraction alongside the other former presidents.

If you’ve never experiencedthe Hall of Presidents, the official Walt Disney World website describes this theme park attraction as the following. Note that the description will be updated after President Biden has been added, which will be in August 2021.

The Presidents Will See You Now

Watch the curtain rise to reveal startlingly realistic Audio-Animatronics replicas of every President of the United States—together for the very first time. Hear speeches delivered by George Washington and the newest addition to the Hall, 45th President Donald J. Trump.

What do you think about Disney’s statement on the former President Trump Audio-Animatronic? Do you agree or disagree? Let us know in the comments below.