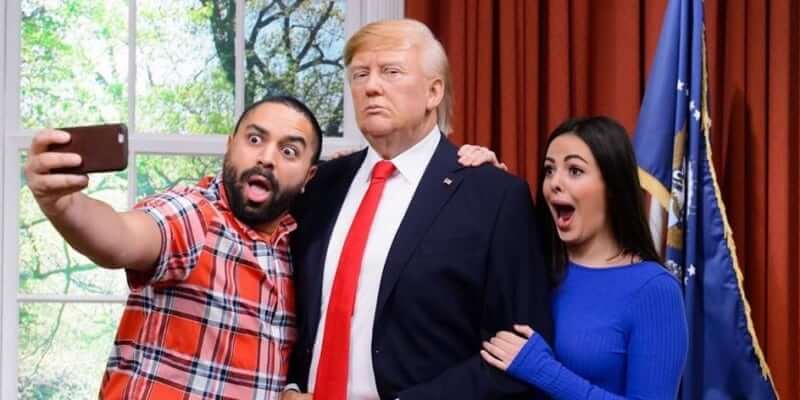 The 45th president of the United States, Donald J. Trump, is heading to Orlando! Or at least is wax figure is. The Madame Tussauds Orlando attraction, located on International Drive, will on Thursday unveil their latest wax figure of the president. The Trump wax look-a-like will be taking the place of the Barack Obama figure that was located in the Oval Office set of the attraction. According to Madame Tussauds Orlando studio manager  Ashley Priselac the figure has been six months in the making and was created in London, England. Orlando is not the only Tussauds location that will be receiving a Trump figure. London, New York and Washington, D.C. locations will also be graced with his presence. The figure ended up costing £150,000 to make. For guest who are sad to see Obama go, fear not! The Obama figure will just be relocated to the History & Leaders area of the attraction where he will rub shoulders with other important fellows such as Abraham Lincoln and Walt Disney.

The Hall of Presidents attraction at Walt Disney World’s Magic Kingdom has now shut its doors for its planned refurbishment that will include adding an audio-animatronic version of Donald Trump.