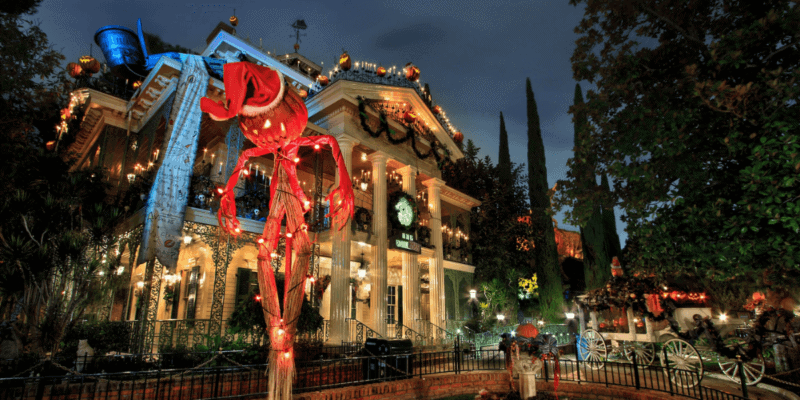 The seasonal attraction overlay elebrates twenty years of Tim Burton’s The Nightmare Before Christmas (1993) taking over the Haunted Mansion from mid-September to early January. However, the holiday takeover lasts almost half the year, leading to the question: Does Disneyland overlay the Haunted Mansion too early?

In 2019, the Haunted Mansion Holiday kicked off its 19th season on September 9 and lasted until January 6, 2020, marking official end of the Christmas season at the Disneyland Resort that year. However, the Resort itself doesn’t officially sport its holiday decorations until November 1, once the Halloween season ends.

We’re not bashing the Haunted Mansion Holiday — not one bit. Guests of all ages and backgrounds love that gingerbread smell lingering out of the mansion’s ballroom and can’t wait to see what new festivities are taking place with the 999 holiday haunts each and every year.

The merge between the mansion, the “scariest” attraction at Disneyland, and The Nightmare Before Christmas is a perfect combination of spooky season and Christmastime in full swing at Disneyland. Rather than featuring a freaky fright of ghouls at Disneyland Park during the holiday months, fans can enjoy a wonderfully crafted seasonal retheme (or, rather, a holiday overlay) of the Haunted Mansion that screams Christmas.

Jack Skellington, Oogie Boogie, and Sally all inhabit the mansion and bring along with them some frightful fun, much of which die-hard fans of the movie and those who love the classic attraction can all appreciate. Disney enthusiasts and casual fans enjoy the attraction, as well, regardless of whether they are Tim Burton fanatics.

However, many fans visiting the popular Disney theme park in Southern California feel that the classic Haunted Mansion should be featured during Halloween, especially on October 31.

When you come to Disneyland Resort during the latter half of September, and the whole month of October, Guests are ready for the spooky fun featured throughout the Resort. Orange County becomes the mecca of Mickey’s Halloween celebration, especially with Cars Land at the Disney California Adventure Park transforming into the spookiest town in Carburetor County.

I myself am not a Halloween fan; in fact, it’s my least favorite time of the year. But even though, I love Christmas with a passion, I still don’t want to experience it during Halloween, especially in the Haunted Mansion on October 3. However, Halloween is one of my favorite seasons to visit Disneyland, as Imagineering infuses lighthearted fun into the rather dark season.

Not everyone feels this way, as many feel that the holiday overlay should begin sooner. Nonetheless, the Haunted Mansion Holiday is candy buckets full of fun, and we can’t wait to experience the 20th season of this beloved tradition at Disneyland!

Should Disneyland wait to retheme the Haunted Mansion until the Christmas season begins at the theme parks? Or do you like the Halloween-Christmas combination to stay from September to January? Let us know in the comments below!

The opinions expressed in this article do not necessarily reflect those of Inside the Magic overall.