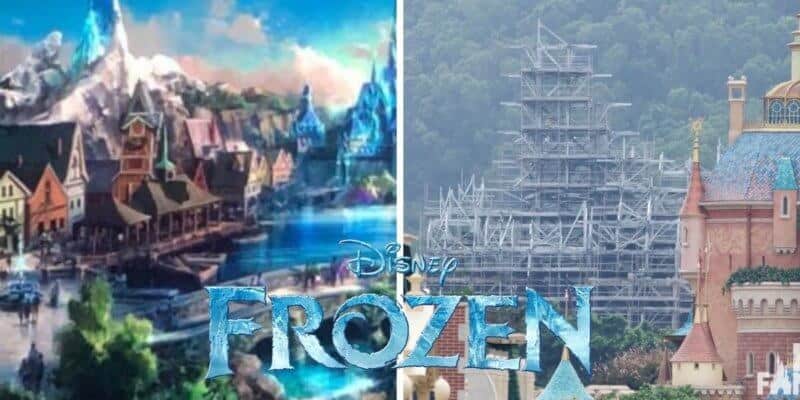 Now, thanks to HKDL Fantasy on Twitter, we have a look at the current construction happening at the Arendelle North Mountain.

The highly-anticipated Frozen land was first announced in 2016 and will allow Guests to be fully immersed into the world of Arendelle. The land will feature elements from the animated film, including the iconic North Mountain, which Guests can currently see from Main Street, U.S.A.!

Now, it appears the mountain range has hit another milestone as HKDL Fantasy took to Twitter to share the structure has reached its maximum height:

The steel structure of North Mountain at “Arendelle: World of Frozen” appears to have reached its maximum height.

The steel structure of North Mountain at “Arendelle: World of Frozen” appears to have reached its maximum height.#ArendelleWorldOfFrozen #HKDL #DisneyParks #Frozen #HongKongDisneyland pic.twitter.com/AeP7uylZge

Now that the steel structure has reached its maximum height, construction workers can move to the next step — which will be adding elements to the structure and making the North Mountain come to life!

At this time, we do not have a set opening date for Arendelle: World of Frozen, but it is exciting to see the structure of the North Mountain continuing to hit milestones! We here at Inside the Magic will continue to update you as we get information regarding this new land.

More on Arendelle: World of Frozen at Hong Kong Disneyland

The highly-anticipated Frozen land will be home to a stunning atmosphere, unique attractions, and may even allow Guests to bump into some favorite characters from the record-breaking film including Elsa, Anna, Olaf, and more.